The Tempest at the Hope Theatre 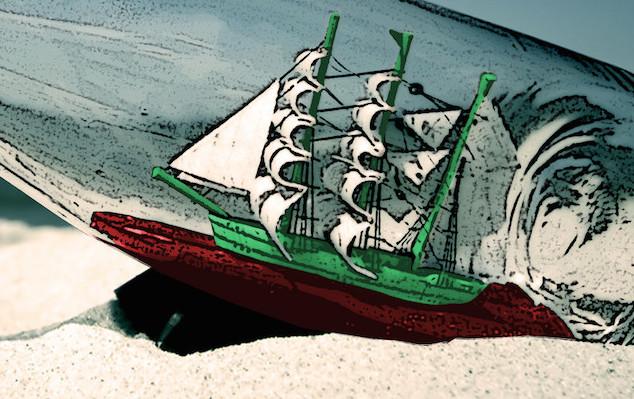 The Tempest at the Hope Theatre | Theatre review

The Thick as Thieves Company presents a fun and accessible rendition of The Tempest that manages to breathe new life into the notorious magical tale. Composed of four members, the group self-manages its work by taking on all backstage roles, from directorial duties to stage management. The actors must also juggle three roles each, but they do so with great ease and without ever forfeiting clarity. In fact, the story flows smoothly and there is added amusement in the swift costume changes as well as the unorthodox choice of outfits and props. The script is followed faithfully but the cast injects an extra dose of humour through suggestive looks and great comic timing, thus adding new layers of meaning to Shakespeare’s words, which are already laden with innuendo.

The Tempest is the story of Prospero, the Duke of Milan, who is deprived of his title and betrayed by his brother Antonio, who sends him out into the sea to perish with his daughter Miranda. The two survive and remain stranded on an island for many years until a ship carrying Antonio, and others responsible for Prospero’s downfall, passes in the vicinity. Prospero uses his magic powers to cause a storm by way of revenge, and he is then aided by the enslaved spirit Ariel to implement a plan to further punish the royal party and secure a connection between Miranda and Ferdinand, the son of the King of Naples. The story culminates in a face-to-face exchange between all the main characters, which proves to be amusing when there are only four actors representing them all, but the scene serves to further demonstrate the cast’s inventiveness.

The Hope Theatre’s intimate space is used effectively to create an atmospheric set accurately depicting the island and its lush vegetation. It also lends itself well to the staging of the supernatural features in the story, with spirits springing forth from all nooks and crannies – even from among the audience at times. The group does an excellent job of maintaining an upbeat tempo that does the script justice, and since there are no slumps in rhythm and the scenes are harmoniously blended, it is easy for the audience to be drawn into the action. This production is a must-see for Shakespeare lovers and Shakespeare phobics alike, as it retains the core of the play but adds a playful modern twist that is likely to appeal to audiences of all ages regardless of their level of familiarity with the playwright’s work.

The Tempest is on at the Hope Theatre from 30th June until 18th July 2015, for further information or to book visit here.