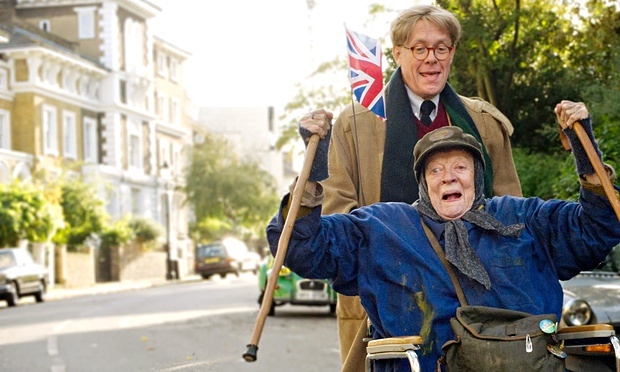 London Film Festival 2015: The Lady in the Van | Review 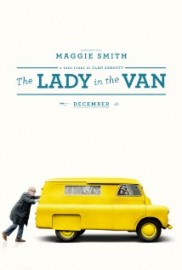 Director Nicholas Hynter often makes use of his time as director of the National Theatre in his film career and Alan Bennet’s The Lady in the Van is his latest venture. Billed as a “mostly” true story, and featuring Dame Maggie Smith as the titular lady and Alex Jennings as both Alan Bennets (the writer and the “liver”), The Lady in the Van is Bennet and Hynter’s third venture to the big screen together.

Witty, whimsical and sweet, and is sure to get a few nods come awards season, the film has the feel of an odd buddy-comedy with an investigative air to it. Out of what is most certainly not the goodness of his own heart, Alan invites Margaret Sheppard, the cantankerous, manipulative homeless woman of Gloucester Crescent into his driveway for a few months. She ends up staying fifteen years and her mysteries slowly begin to unravel. The film is shot almost entirely where the events took place, lending it a certain authenticity.

Maggie Smith is, of course, the standout here, with everyone else playing second fiddle. Having played Ms Sheppard on stage (1999) and the BBC audio production, steps back into the role with ease, being both hilarious and heartbreaking in equal measure, sometimes within the same breath. For all her rudeness there is a vulnerability to her. Jennings though, is also excellent as quietly snarky, loudly exasperated Bennet. The rest of the cast is incidental; peppered with cameos from the cast of Hynter’s adaptation of Bennet’s The History Boys and featuring Jim Broadbent in a role that feels wholly unnecessary (and perhaps the film’s only dour note.)

Despite all its relative lightheartedness, there remains a sombre tone to the film. Margaret’s homelessness, her bleak situation and her journey from concert pianist to destitution are not made light of, nor are they overdramatised; they are simply told as they were – as they are for millions in her situation.

The Lady in the Van is released nationwide 13th November 2015. This is part of the Galas competition in the 59th London Film Festival.

Watch the trailer for The Lady in the Van here: