Around the World in 80 Days at St James Theatre 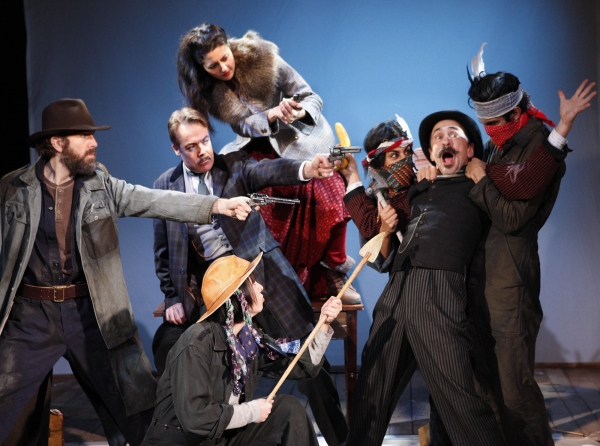 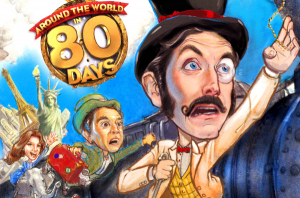 Around the World in 80 Days

An alternative to traditional Christmas fare, director Lucy Bailey brings an unashamedly family-focused presentation of the Jules Verne classic Around the World in 80 Days to the stage for St James Theatre’s festive season.

With a jaunty comedic tone similar to the 80s animated kids’ TV series Around the World with Willy Fogg, there’s no danger here of any edgy modern commentary on the imperialist privilege with which Fogg blusters around the globe, nor are any of the jokes liable to fly over the heads of the younger members of the audience. This production would make an excellent first theatre experience for a child, thanks to its straightforward approach and innovative staging, which hints at the limitless potential that the medium holds within its ability to unlock an audience’s imagination.

For all the theatrical technique on display, however, there are times when one’s imagination might have benefited from a little more assistance from the set design. Though the modes of transport employed by Fogg’s merry band are cleverly realised, the repetitive beige catalogue of clickety-clack train rides and choppy see-sawing boat voyages becomes a little dull (with one notable, pachydermic exception – a real highlight). It also doesn’t feel as if quite the same attention has gone into bringing the world outside the myriad portholes and carriage windows to life. Whole continents pass by with little more to represent them than the adjustment of a tiny painted screen or a subtle change of headgear for the supporting cast. In retelling a tale known for its many exotic settings, this feels like a missed opportunity.

The spirit of this production lies not on its visual artistry however, but in the infectious joy with which the cast perform. Robert Portal’s Fogg is a perfect paragon of the British stiff upper lip, wringing laughs from his tenacious unflappability in the face of adversity. Simon Gregor, as loyal valet Passepartout, together with Tony Gardener’s bungling Inspector Fix, stand out, embodying as they do the comedic heart of a show in which scenes usually devolve into pantomime slapstick. The frantically busy ensemble, charged with portraying an entire planet’s worth of minor characters, ensure that the adventure rattles along at the pace required to keep it entertainingly on track.

Around the World in 80 Days is on at St James Theatre from 27th November 2015 until 17th January 2016, for further information or to book visit here.

Watch teaser interviews with the cast and company here:

Around the World in 80 Days