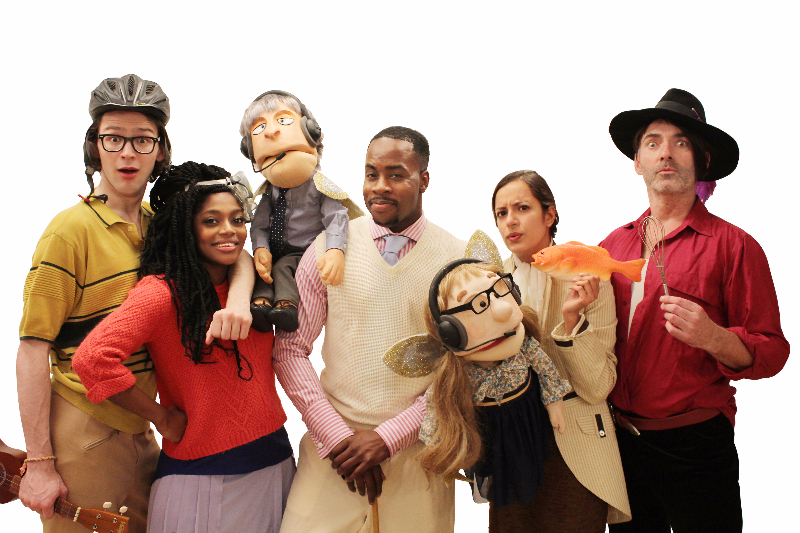 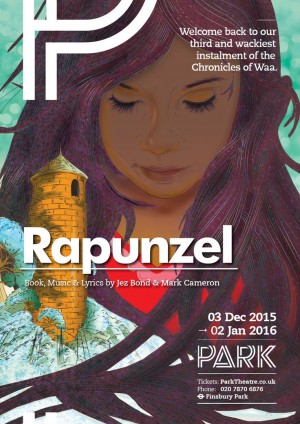 This is Rapunzel as never seen before. A third instalment of Park Theatre’s bonkers Chronicles of Waa pantomime series offers up a thoroughly enjoyable night, despite a few questionable moments.

The Chronicles of Waa series is, quite frankly, brilliantly insane and the creation of Jez Bond and Mark Cameron, presumably after ingesting some sort of hallucinogenic. A world of weirdness awaits as the show begins on the Kingdom of Püss Püss, where all sorts of odd words, noises and expression exist, including unique animals like the Bearded Babasay and the thrilling sport of riggedy ding dong.

Bond and Cameron’s Rapunzel is certainly based on the Disney version of the fairy tale, but with an interesting twist in the form of the villain, The Baron Quell AKA The Great Gazombees, played by Mark Cameron himself. What may simply have started out as a way to get Cameron into the show ends up providing a more grounded villain, instead of merely an evil witch whose only motive is to be wicked.

The play is marvellously funny. It’s chock-full of jokes and puns, which are so hilariously bad that they bring about mass chortling and guffawing from the audience. The humour dips slightly after the wonderfully amusing opening and the rest of the first half seems to be chasing it, like a heroin addict after their first high. However, it does begin to pick up again.

Yet, with the exception of a single line in Rapunzel’s number, the songs fall short of comedy. This makes the sad, beautiful, Disney-esque songs from the King and Queen (Rolan Bell and Aretha Ayeh) the highlights, due to the emotion they bring to the proceedings.

As with all panto, there is audience participation, which has been set aside for separate segments. However, almost none of these have any relevance to the plot. It all feels very unnecessary and awkward, until the crowd becomes more comfortable. Then, cheers and boos come naturally and without encouragement, making for a much more solid interaction.

It may not be world-class theatre, but Rapunzel is a wickedly fun and fantastically mad evening.

Rapunzel is on at Park Theatre from 3rd December 2015 until 2nd January 2016, for further information or to book, visit here.