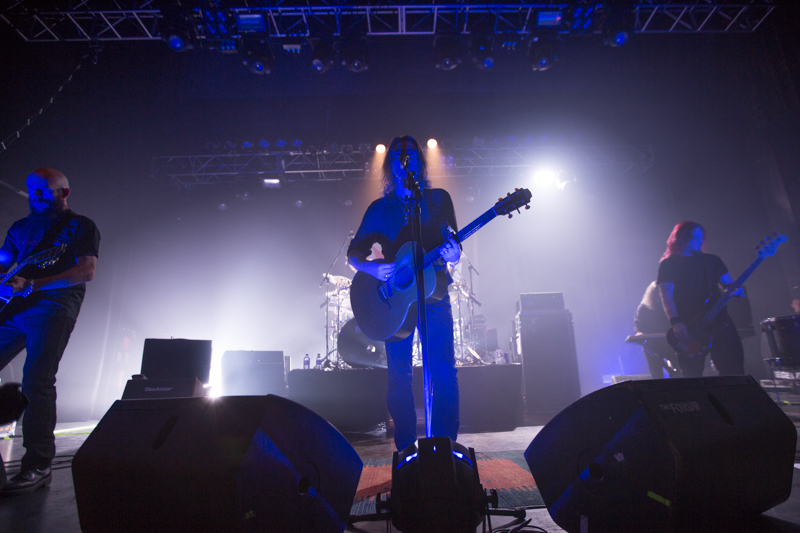 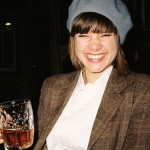 Despite having first formed in 1980, New Model Army are still touring and attracting huge crowds. On Friday night they filled out The Forum’s 2,400 person capacity in Kentish Town, and now they move abroad to continue their tour (Germany, the Netherlands and beyond).

Ranging from men in shirts to women with mohawks, the crowd was more diverse than the genre would seem to suggest. The enthusiasm of the die-hard fans (many sporting New Model Army merchandise) was striking, their fervour outdoing even that in evidence on stage: every song was sung along to, every riff brought head-banging and every chord was known before it was played. This reverence elicited a second encore, despite this already having been a very full set; the band reappeared on-stage to conduct one final rock-out with I Love the World.

Not overly heavy and surprisingly chilled, the sound was considered and relaxed. There was no heavy bass line, and the music was sober enough to allow conversation in the venue. Justin Sullivan, lead singer and composer, stood centre-stage in a grey-toned spotlight and held his audience’s attention effortlessly – most notably during Breathing, in which almost nobody moved and the lyrics (“I can hear us all breathing”) felt totally appropriate. The passion of drummer Michael Dean was infectious, echoed in the active mosh-pit.

At one point all was silent as Sullivan abandoned singing and recited what seemed like an angry poem; at other moments, the songs were anthemic, Stormclouds in particular. All in all, it was heart-lifting to see a band continue to maintain the constant adulation of their fans. Everybody at the venue lived and breathed New Model Army. 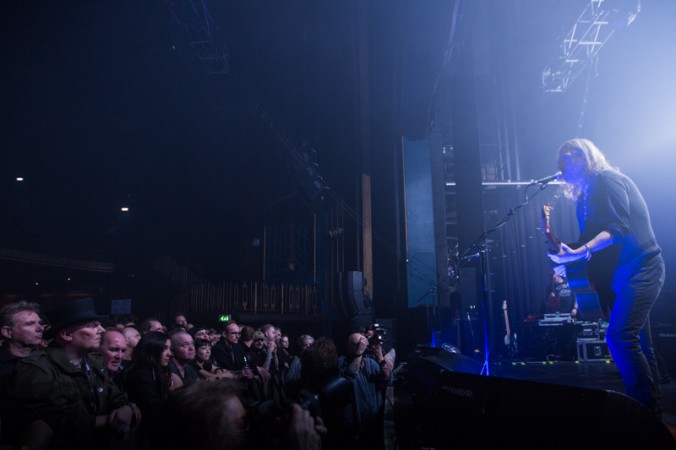 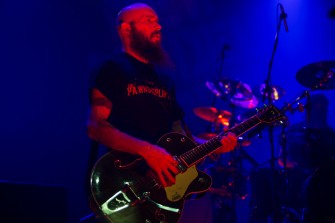 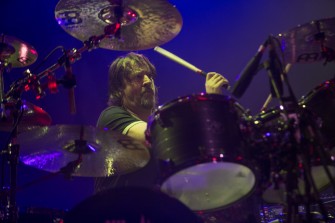 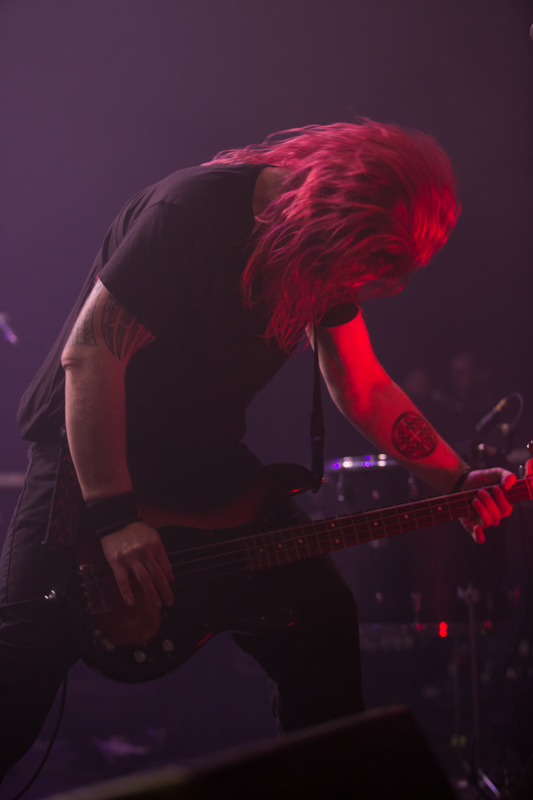 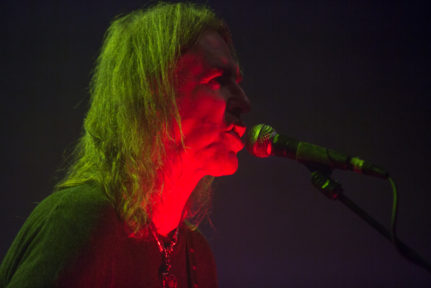 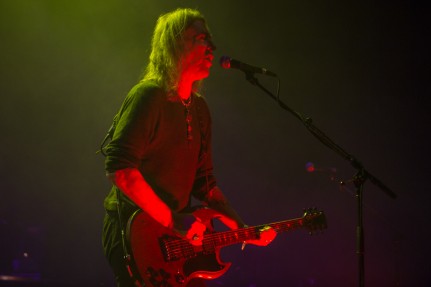 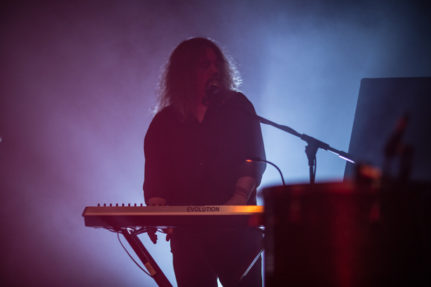 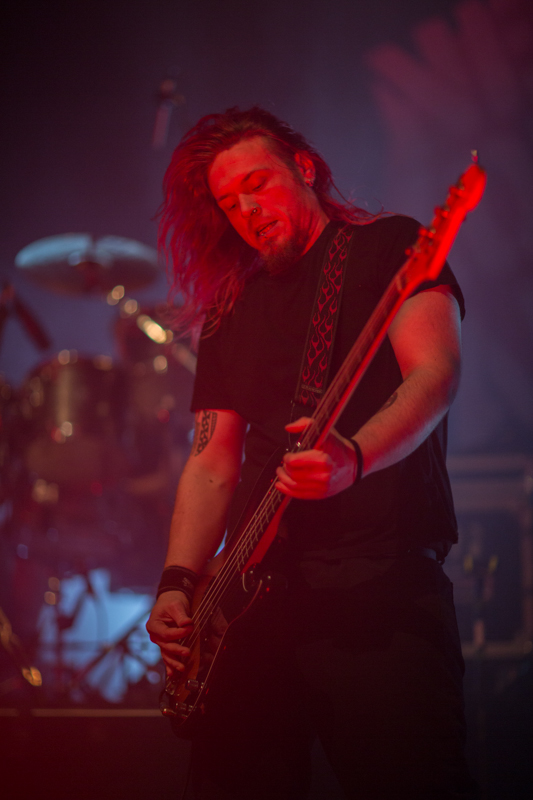 Watch the video for Purity here: