Yen at the Jerwood Upstairs 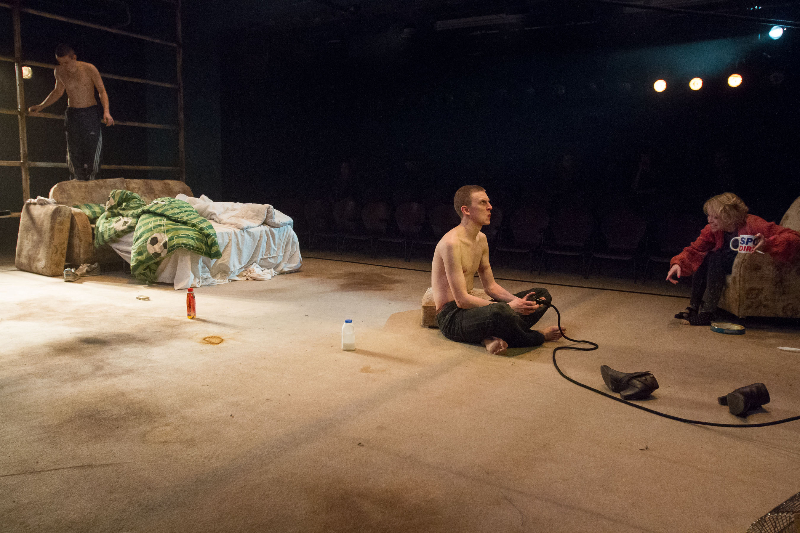 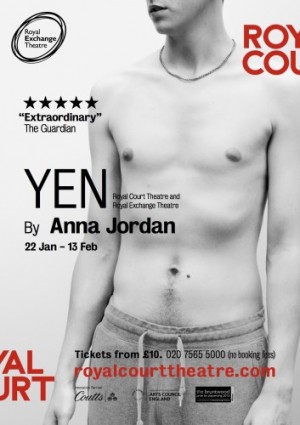 Yen is the work with which Playwright Anna Jordan achieved breakthrough success, scooping the 2013 Bruntwood Prize and a resultant acclaimed run at Manchester’s Royal Exchange. Following hit productions of Jordan’s Chicken Shop and Freak on the London stage, it carries expectation as weighty as it is gloriously fulfilled.

Much of the play’s considerable power lies in how completely it leads its audience into the dingy nocturnal realm of half-brothers Hench (Alex Austin), 16, and 13-year-old Bobbie (Jake Davies). Bound by their isolated existence, the two share the burdens of an alcoholic mother (Sian Breckin), the dark and painful legacies of their respective dead fathers, and a boisterous dog named Taliban, in confinement at their Feltham basement flat.

On top of two excellent performances (Austin’s brooding torment counterpointed perfectly by Davies’ chirpy pubescent bravado), the setting serves to draw immediate emotional investment as, through sparse but innovative staging, it makes the pair’s predicament a visceral reality. Raging hormonal energy penned in to the point of literally climbing the walls, hardcore pornography and video game violence beamed in like sense-deadening radiation, and nightmare-inducing demons of the past conspire to conjure an utterly believable wasteland of wasted youth. Cutting through this darkness, initially out of concern for the welfare of the boys’ canine charge, Jenny (Annes Elwy, perfectly tempering disarming sweetness with a palpable fragility) introduces compassion to their environment to ultimately cataclysmic effect.

Carefully weighted ingredients in place, Jordan’s proven skill as a creator of authentic, empathetic characters and forensic eye for contemporary cultural detail is masterfully brought to bear. Another trademark sees her exploration of the warped moralities of the “millennial” generation and the redemptive, discombobulating power of love culminate in a deeply affecting and nerve-shredding finale to a vital, triumphant piece of must-see theatre.

Yen is on at the Royal Court Theatre from 22nd January until 13th February 2016, for further information or to book visit here.