Battlefield at the Young Vic 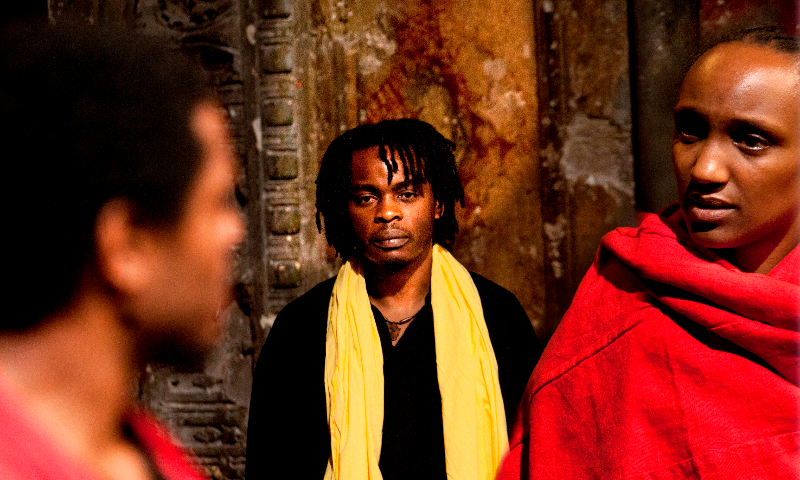 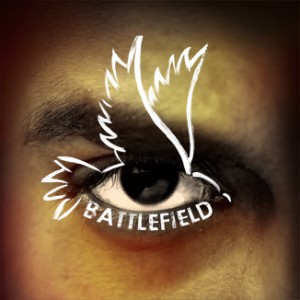 At the age of 90, legendary director Peter Brook keeps on surprising. After his career-defining big screen production of the Indian epic The Mahabharata as nine-hour spectacle, he returns to the ancient Sanskrit epic after 30 years. Battlefield extracts a small piece, drawing from the very end of the poem to create a four-actor show. Death and grief begin Brook’s work, with a king counting the dead in the long war that has left him in power.

A small cast of four, the performers move smoothly from one role to another. Sean O’Callaghan and Jared McNeill are notable in their stellar embodiment of different characters, showcasing their conscious physicality and confidence in their delivery. Humour runs through tales: a worm crossing the road, a snake that denies responsibility for fatally biting a child.

The set is minimalist with a black background. Wooden sticks lie on the floor at the front of the bare stage, as well as in the periphery. The costumes are dark, depicting the grief and remorse the characters feel. Actors use their clothes as canvases that are painted with red and orange scarves. The scarves are the main props that transform actors into their different roles and additionally create scenery, such as the River Ganga. Music and acting are perfectly balanced, each informing and enhancing the other. The drummer Toshi Tsuchitori sits in a corner of the stage, integral but almost invisible as the part of the set.

At 70 minutes long, the story is told with a masterful simplicity, using a few pieces of fabric, great actors, and a drum. The play is timeless and contemporary. It brings out the themes of war, and conflict, which at the same time reflect current issues of brutal conflict and war today. Brook creates a thought-provoking representation of mankind and its actions. As one of the characters says: “ No good man is entirely good, no bad man is entirely bad.”.

Battlefield is on at Young Vic Theatre from 3rd until 27th February 2016, for further information or to book visit here.