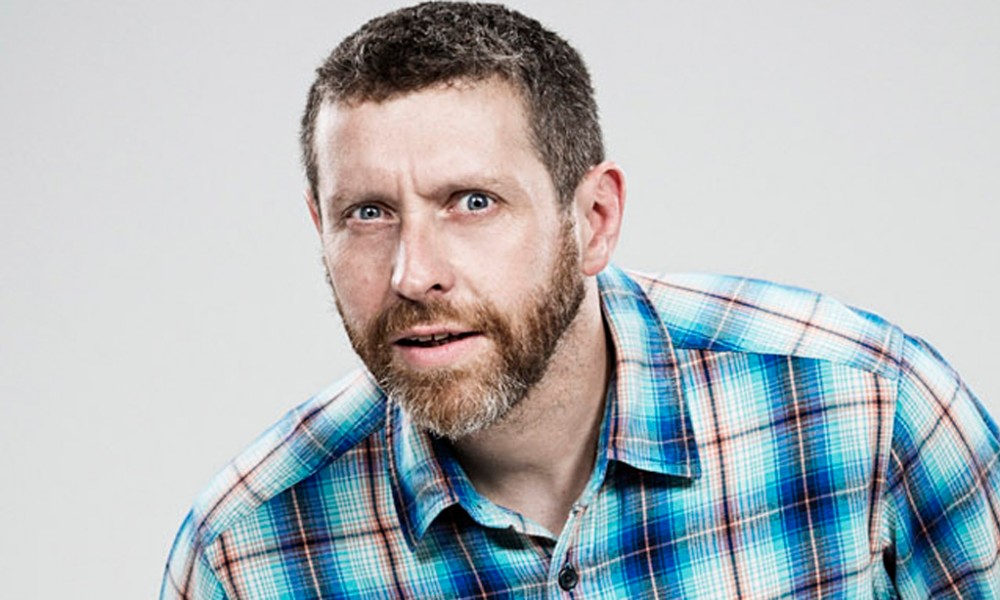 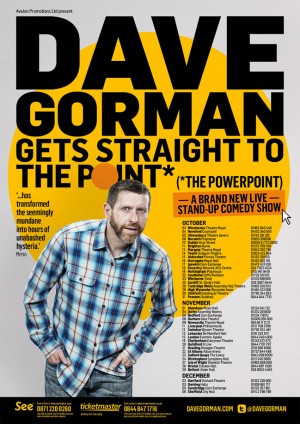 Dave Gorman does it again with another fantastically funny show that proves he deserves his spot as one of the top comedians in the country.

Gorman has become famous for a number of odd things including his mission to find as many other Dave Gormans as he could. But many know him simply as the comedian who uses PowerPoint.

In this show, an evolution of his older PowerPoint tours but with all new material, Gorman whips out the computer software again and wields it masterfully. Though visual aids are hardly a new concept in the world of comedy, this still feels like a refreshing way to watch stand-up, something a little different but world-class nonetheless.

Unlike a lot of stand-up comedy, which often features jokes around sex, gender, race, politics and other potentially hot topics, Gorman’s style is a little more tame. Instead, he opts for criticising children’s songs, talking about the pranks he pulls and his mother’s bewilderment at Twitter.

Gorman combines all this with some charts and graphs, emails and quotes from online articles. It doesn’t necessarily sound like a winning formula for comedic success, but it works. Throw in a couple of “Found Poems”, performing ridiculous and ridiculously funny comments from the Internet while classical music plays in the background, and you’ve got a marvellously fun night.

The brilliant Nick Doody, Gorman’s support, is anything but tame, providing a very different performance to what will follow. Doody begins by immediately poking the audience with risqué jokes to mostly positive, though mixed, response. Though a heavy contrast to the main act, the clash of styles works well and prevents the audience getting too tired of the same types of jokes.

Watching Dave Gorman is just as refreshing and hilarious as it was when he started his PowerPoint shows about five years ago. In fact, one could argue that his act becomes even better the more he uses the technology.

Dave Gorman was at the Royal Festival Hall for one night on 21st March 2016, for further information and future events visit here.