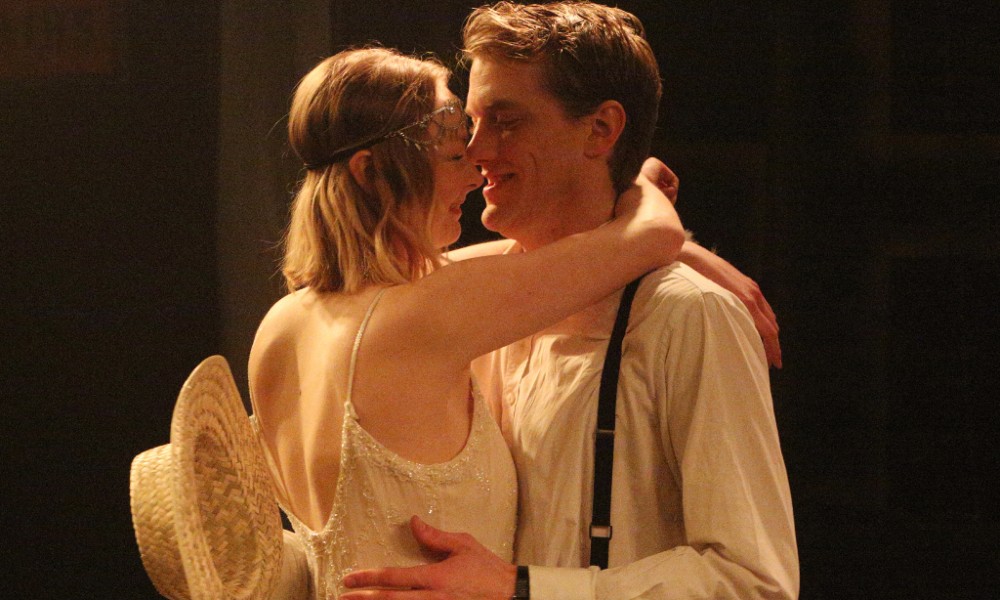 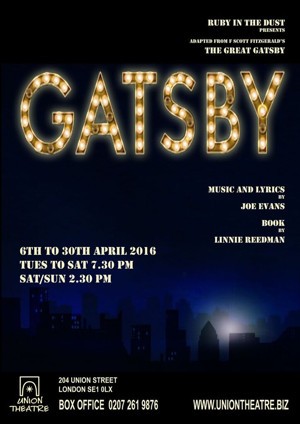 Adaptations have become the norm in the modern musical landscape, but it still requires a certain boldness to take the quintessential Great American Novel and spin it into a series of songs. And just as Baz Luhrmann learned a few years ago, even when working with near faultless source material, adaptation is a risk – one that Ruby in the Dust’s Gatsby doesn’t exactly pull off.

Put on at the Union Theatre to celebrate Ruby’s tenth anniversary, this all-singing, all-dancing version of F Scott Fitzgerald’s classic novel places the narrative (in its most basic form a tale of love, money and betrayal in 1920s New York) in the hands of Meyer Wolfsheim (Paul DuBois), Gatsby’s business partner and mentor. By making this switch, and removing the story from the hands of Nick Caraway (Blair Robertson), the story is robbed of much of its jaded progression, the impact of Carraway’s realisations lost in favour of a less subtle form of conclusion.

There are problems elsewhere: the mere act of turning the narrative into a musical steamrolls over the novel’s complexities; subtext and metaphor are exchanged for motives explicitly stated in song. The central trio also lack chemistry, Robertson’s Nick, Joanna Brown’s Daisy and Nicholas Fagerberg’s Gatsby lacking the requisite naivety, conflict and charm respectively. Perhaps most egregiously, the musical lacks any truly memorable songs, clunky lyrics overwhelming the pleasant score they are set to.

It’s not all bad, however. Act One’s central section, Nick’s inaugural party at Gatsby’s, contains the musical’s most dynamic songs, the highlight being the identity-questioning I Bet He Killed a Man. And, whilst the Nick/Daisy/Gatsby trifecta might be lacking, there are strong performances at the peripheries of the story. Of those Kate Marlais’ Jordan Baker is the most impressive, equally quick-witted and charismatic, closely followed by Zed Josef’s Tom, who excels in his second act confrontation with the titular character. The ensemble (especially Lewis Rae as Owl Eyes and Katie Beudert as Catherine) is impeccable, carrying most of the songs with verve and swagger, starting before the play even begins by enchanting the audience as they wait at the bar. A special mention must also be made of Ferne McCann; both the most recognisable and questionable casting choice, The Only Way is Essex star acquits herself well in her stage debut, her Myrtle impressing in the character’s centre piece You Can’t Live Forever.

Though it has redeeming features, Union Theatre’s Gatsby ultimately misses its mark.

Gatsby is on at the Union Theatre from 6th until 30th April 2016, for further information or to book visit here. 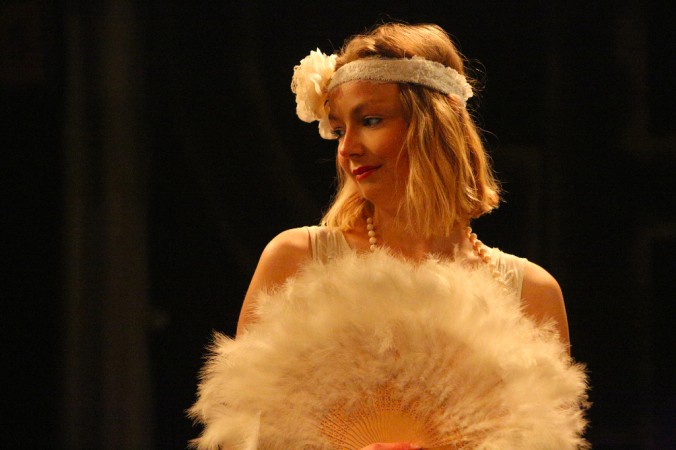 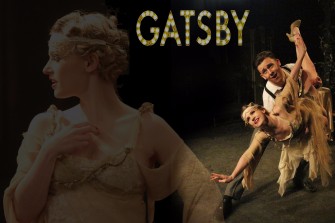 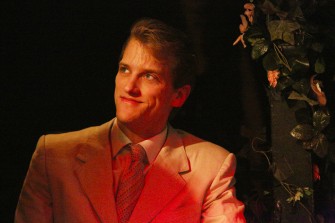 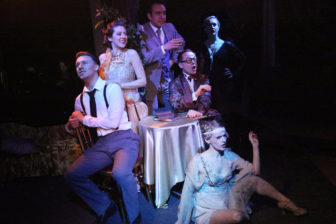 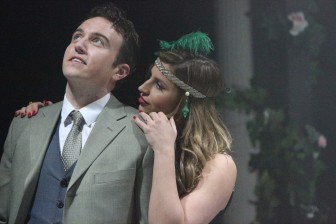 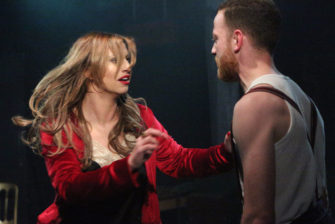