Danny and the Deep Blue Sea at Theatre N16 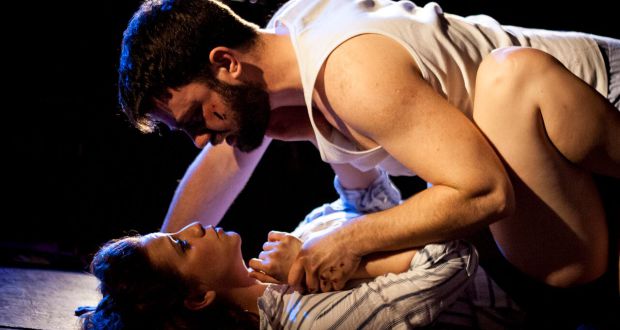 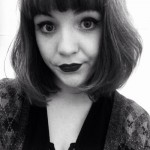 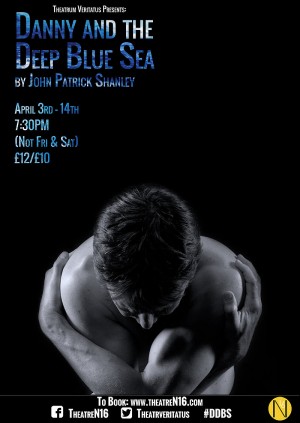 Danny and the Deep Blue Sea

Theatre N16 really is the stage in Theatrum Veritatus’ adaptation of John Patrick Shanley’s 1984 play Danny and the Deep Blue Sea. Set in 1980s America, Danny and the Deep Blue Sea is a slow burner, depicting the highly dysfunctional, punch-love relationship between Danny (Gareth O’Connor) and Roberta (Megan Lloyd-Jones), who find love at first sight inside a dingy bar, over a bowl of pulverised pretzels.

Courtney Larkin (director) uses the location to her advantage, with the dark and fashionably shabby surroundings of Theatre N16’s stage enhancing the bleak undertones of the play’s narrative. Even the outdoor traffic and rattling trains are in no way distracting, and instead play their own unconscious part in creating a realistic and convincing imagining of the grubby side of New York.

Although the narrative is at times slow and disengaging, the viewer’s attention is soon reeled back in through the power of the performances. O’Connor and Lloyd-Jones’ chemistry on stage is mesmerising, as they guide the audience through Danny and Roberta’s whirlwind romance. O’Connor, in particular, executes the alienated character of Danny “The Beast” with both finesse and poignancy. The couple’s despondency and desperation to find meaning in their lives really strike a chord, highlighting the contrasting moments in which the pair seek redemption through loving each other.

As a whole, Danny and the Deep Blue Sea does not have a strong plot. Instead, it acts more as a character study of two people teaching each other how to love, not only one another, but also themselves. It also touches lightly on societal attitudes towards mental health in both the 80s and in contemporary society, showing that people struggling with internal issues go largely ignored, lost in both the system and their own minds. This is the sort of theatre that gets taken home with its audience. Theatrum Veritatus is certainly one to watch in the industry.

Danny and the Deep Blue Sea is on at The Lounge at Theatre N16 from 3rd until 14th April 2016, for further information or to book visit here.

Danny and the Deep Blue Sea