Another World: Losing Our Children to Islamic State at the National Theatre 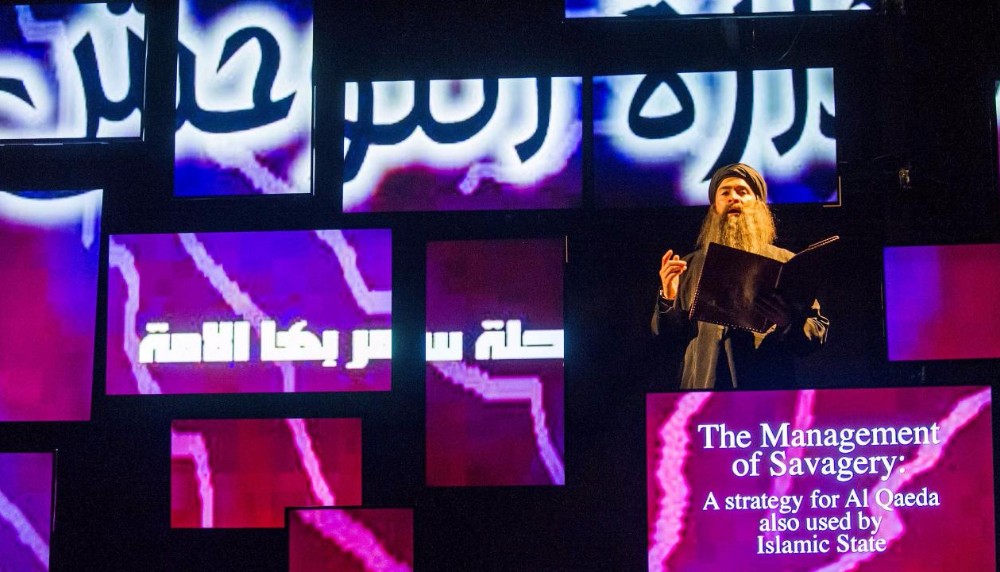 Another World: Losing Our Children to Islamic State at the National Theatre | Theatre review

Another World: Losing Our Children to Islamic State

Written by novelist Gillian Slovo and directed by Nicolas Kent, Another World: Losing Our Children to Islamic State is a documentary play at the National Theatre that uses verbatim testimony compiled after several months of researching Islamic State and interviewing those affected by it and combating it.

With a collage of video screens showing scenes in the thick of the situation, the set by Lucy Sierra and design by Duncan McLean’s convey our fragmented view of terrorism and Islam while creating a powerful visual and emotional impression of the presence of IS.

The cast of Another World is excellent. The documentary opens with chanting and an IS chief preaching about the Caliphate, followed by mothers on-stage lamenting their lost children. Based on accounts by parents of radicalised Muslims in Belgium, agitators, young British Muslims, Western anti-terrorist officials and a Muslim teacher explaining the appeal of IS for the young, the work exposits the problem of IS’s recruitment of youth.

Statements include writer Shiraz Maher’s remarks regarding his prior membership with Hizb ut-Tahrir, opinions about the emotional appeal of the organisation for young people, testimony underscoring the discrimination felt by Muslims, debates about how best to defeat IS, and mothers’ anguished accounts of the transformation of their often lost children – mothers who blame themselves.

Highlighting Muslim youth’s sense of having no place in society, a mother describes her Belgian Muslim son’s alienation at home: a foreigner there and also in his country of origin – IS creates the feeling of belonging that is missing for them. British students speak of caution in the way they dress and in carrying rucksacks, feeling Muslims are always “wrong”. An academic states that the US is viewed as being at war with Islam, abusing Muslims, leaving only two choices: side with the West or Islam.

That terrorism is a fact of life and is “as necessary as car crashes and plane crashes” is a conclusion of the piece, but without resolution from a moderate Muslim point of view. More in-depth analysis regarding the ideology of IS could have been attempted; the structure might be more varied than the slightly tedious 95 minutes of testimony.

Despite a few limitations, however, Another World is revealing and educational, humanising radicalised Muslim youth and lending insight into the reasons why IS recruitment is so effective, providing a necessary sense of reality to a world that tends to generalise and stigmatise.

Another World: Losing Our Children to Islamic State is on at the National Theatre from 16th April until 7th May 2016, for further information or to book visit here.

Another World: Losing Our Children to Islamic State