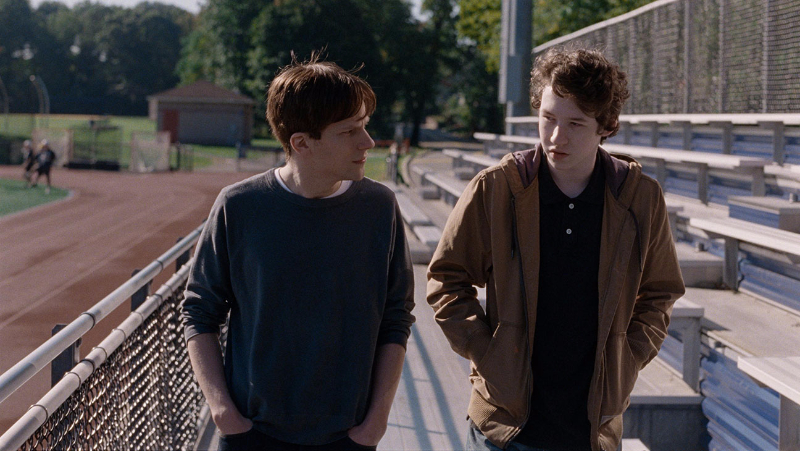 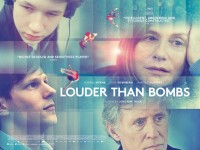 Norwegian director Joachim Trier’s English language debut follows the family of a war photographer (Isabelle Huppert) as they prepare for an exhibition of her work a few years after her death. Her husband, former actor Gene (Gabriel Byrne), struggles to communicate with youngest son Conrad and makes bad romantic decisions while their older son, Jonah (Jesse Eisenberg), struggles with the idea of fatherhood and moving on.

It’s a rather intimate portrait of the family, all isolated in their own worlds as they attempt to reconcile the woman they knew with the woman she is discovered to be. There are moments of sheer brilliance – the opening scene has Eisenberg stumbling upon an ex-girlfriend in hospital after his daughter’s birth. Conrad (Devin Druid) has some excellent scenes, but in between the film is inescapably dull. Gene’s struggles are boring and Huppert’s character doesn’t feel wholly believable (though this may be because the audience only sees her through the eyes of others – never as herself); the slower, pensive moments always linger just a little too long.

There’s a somewhat dreamlike quality to film: along with the gorgeous cinematography and gentle score there’s a rather nonlinear trajectory. The narrative jumps backwards and forwards in time and slips in and out of fantasy and narration with no real warning, and though, as the film progresses, these transitions feel easier, the first few are a little haphazard. It’s certainly an interesting technique and it provides an intriguing perspective on the family’s grief but at times it feels a little clumsy, not quite honed.

It’s certainly far from a perfect production but, despite all that, Louder Than Bombs is definitely a engaging exercise in visual storytelling. As Jonah says to Conrad upon discovering his odd collection of musings: “It’s really weird, but it’s interesting.”

Louder Than Bombs is released nationwide on 22nd April 2016.

Watch the trailer for Louder Than Bombs here: