The Flick at the National Theatre 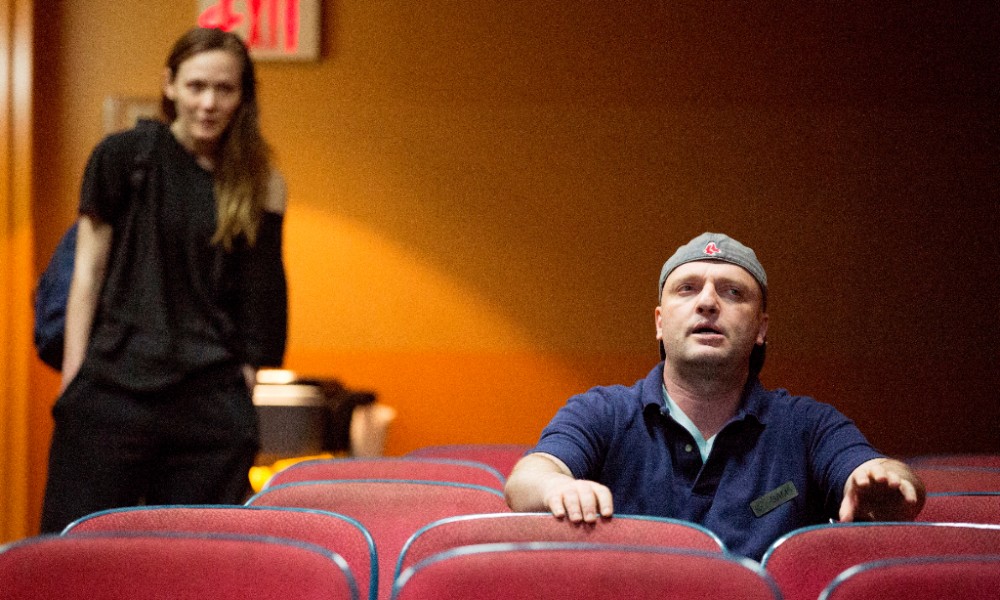 The Flick at the National Theatre | Theatre review

Winner of the Pulitzer Prize for Drama in 2014, Annie Baker’s The Flick is easily one of the most anticipated transfers of the year. Yet, despite its impressive theatrical pedigree, the play is remarkably lacking in, well, theatricality.

Set in a one-screen cinema in Massachusetts, The Flick isn’t really about any one thing. From the transient nature of those relationships you form at work to the increasingly obsolete battle between celluloid tradition and digital progression in cinema, to the ways in which culture acts as a coping mechanism, the play covers a lot of ground without ever narrowing into a specific narrative thread. Instead, Baker focuses on the minutiae of how we try and connect with one another through conversation. Dull conversations. Embarrassing conversations. The kind of conversations you have working your mindless job with people you don’t really know that well. Each of these conversations is tinged with a sadness that punctuates the play’s plentiful laughter, bringing a weight to the most meaningless of asides.

Such a script requires a measured hand and Sam Gold (Tony award-winner for Fun Home) directs with remarkable nuance, the empty movie theatre becoming a space to dictate intimacy or disconnect, dependent on the blocking. The performances are similarly strong, both Louisa Krause’s Rose and Matthew Maher’s Sam having a realistic, lived-in quality that makes them feel part of the furniture. Maher especially is a delight, his workplace oddball (with a somewhat predictably soft centre) scoring most of the biggest laughs with his rubbery face and killer delivery. Equally impressive, and the only major cast member not to be in the original Broadway production, Jaygann Ayeh’s Avery is responsible for some of the play’s most profound moments, notably a conversation with his therapist that captures the essence of Baker’s approach to culture.

Running at a chunky, perhaps overlong three hours and 15 minutes (something that caused consternation among some of New York’s theatre critics when it premiered at the Playwrights Horizons in 2013), The Flick too often indulges in parody-level Pinteresque pauses. Nonetheless, it is utterly compelling despite the lack of action, its meandering nature giving the audience plenty of time to steep in the melancholy of minimum-wage America.

The Flick is on at the National Theatre from 13th April until 15th June 2016, for further information or to book visit here.