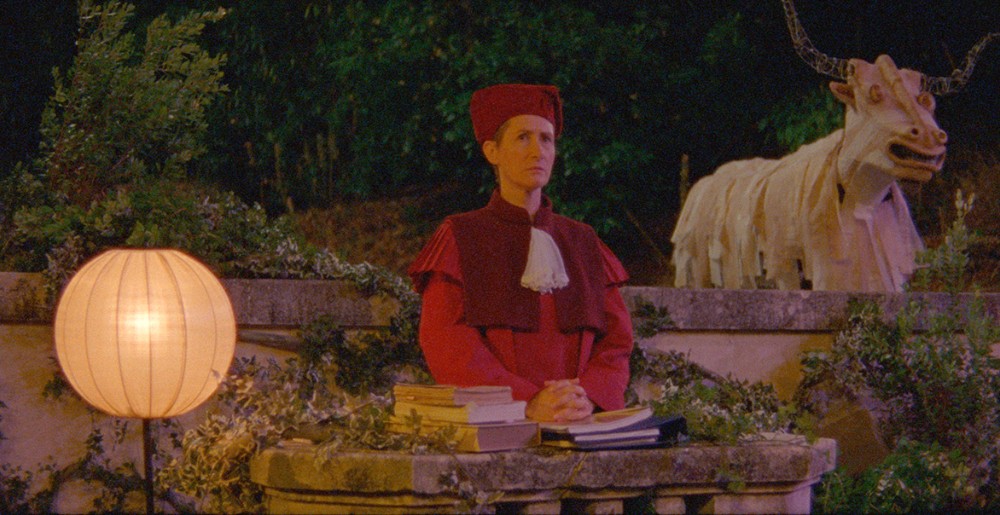 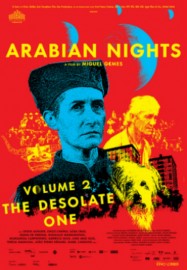 After the ﬁrst volume of the Arabian Nights trilogy stunned audiences at the Cannes Directors’ Fortnight last year, Miguel Gomes re-enchants all with the second volume of this majestic project, Arabian Nights: Volume Two – The Desolate One. Inspired by the Arab collection of stories, the ﬁlms use the frame structure of Scheherazade’s endless nocturne tales in order to analyse Portugal’s plight after 2012. One of the few ﬁlmmakers to cover a subject still too recent to be free of taboo, Gomes speaks through brilliant metaphors about how government-imposed austerity measures and IMF sanctions caused general impoverishment.

With stinging references to the present inﬁltrating the hypnotising poesy of Scheherazade’s stories, Gomes keeps his fetish for a slightly didactic tone – and admirably creates easy access to the meaning behind his fantastic tales of talking cows and lonesome fugitives. The crucial socio-political signiﬁcance of the ﬁlm is hard to miss.

As in the central episode of The Judge’s Tears, the paradoxes of the Portuguese collapse are highlighted with somersaults of imagination during a delirious court hearing. Outrageously and obviously fictional, the ridiculous accusations can be paraphrased to reveal their allusion to the missteps that led to the crisis. The “absurd” in Gomes’s ﬁlm is not much more absurd than what actually happened.

Congratulations should go to the superb cinematography of Sayombhu Mukdeeprom, the colours and widescreen images illuminating Arabian Nights with the distant dreaminess one would expect of Scheherazade’s tales. Careful attention must also be paid to the details created with sound, equally moving and elegantly integrated. The second volume proves once again the director’s enviable talent to capture diverse spaces, from cloudless countrysides to cement tower blocks, with the help of a winning production team.

Combining an unabashedly documentary approach and pure fairytale, the ﬁlm is a parade of anarchic visual invention, defying the authority of both the institutions that disturbed the lives of Gomes’s compatriots and conventional genre boundaries. Miguel Gomes not only addresses a burning present issue, but unleashes an intelligent imagination to represent it.

A true cinematic gem, Arabian Nights: Volume Two – The Desolate One is definitively one chapter of a larger body and should not stand alone, for its own sake: the beauty of Gomes’s work must be admired as a whole. The Desolate One now awaits its conclusive chapter, and so do we, with great expectations.

The Arabian Nights vol.2 The Desolate One is released in selected cinemas on 29th April 2016.

Watch the trailer for The Arabian Nights here: