Win a pair of tickets for The Spoils starring Jesse Eisenberg 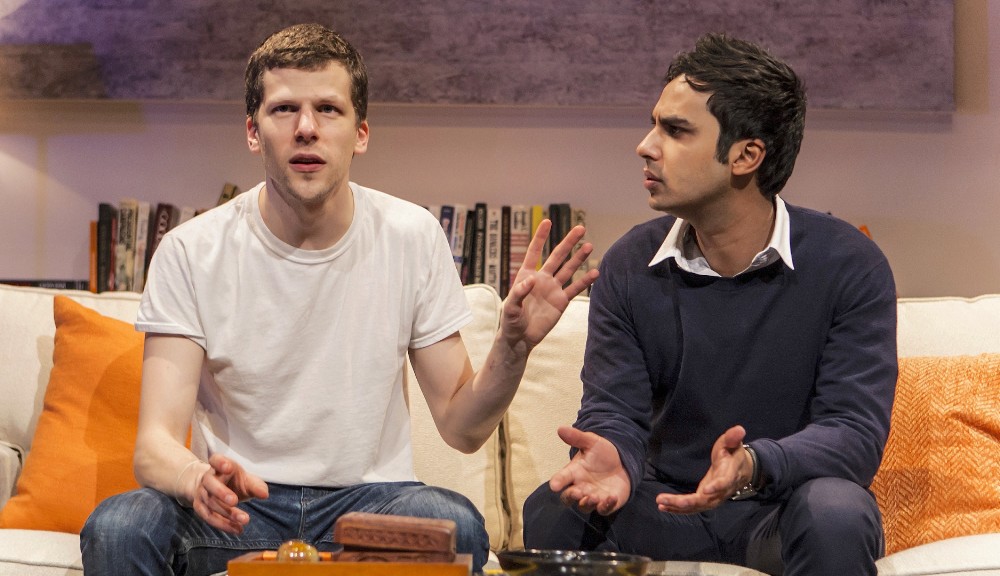 Competition: Win a pair of tickets for The Spoils starring Jesse Eisenberg

The Spoils, which arrives in London on 27th May is the razor-sharp new comedy written by and starring Jesse Eisenberg and we are offering two of you lucky people the chance to grab yourself a pair of tickets to the show.

A cuttingly satirical glimpse of a lost soul searching to assent the reality of his situation. The Spoils speaks to the exasperated, self-analysing millennial generation. A painfully awkward comedy, not to be missed!

Coming to the Trafalgar Studios from 27th May we are offering you the chance to win yourself a pair of tickets by answering the below simple question.

For a chance to win a pair of tickets to a performance of The Spoils take a minute to answer the question below, follow us on Instagram here and send your answer to competitions@theupcoming.co.uk together with your full name, address and mobile number by Sunday 22nd May 2016 at 11:59pm. We will cross check your name in the list of Instagram followers.

Which theatre is the production of The Spoils playing at?

For further information about the show and to book tickets visit here.