The Local Stigmatic at the Old Red Lion Theatre 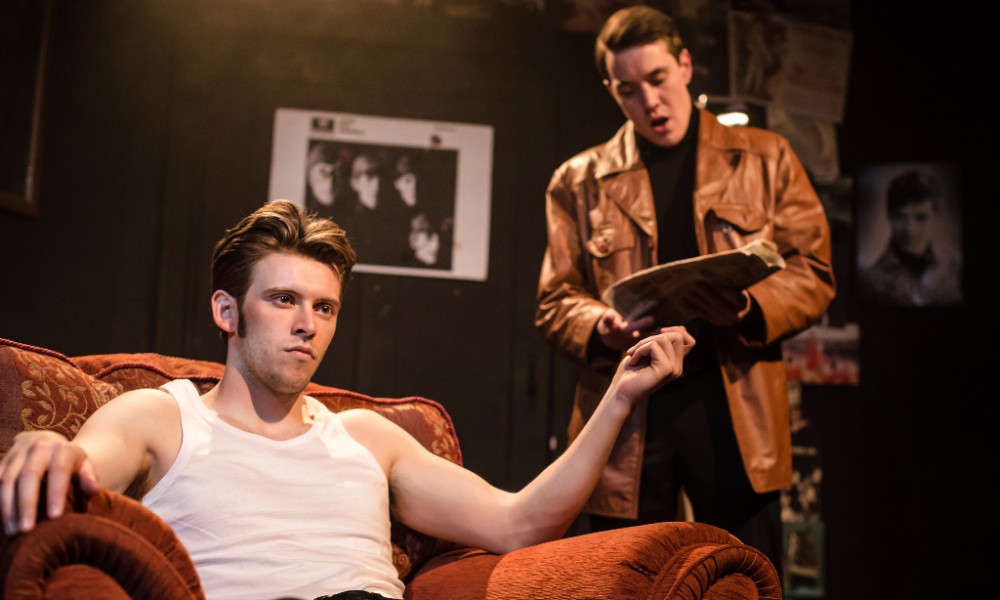 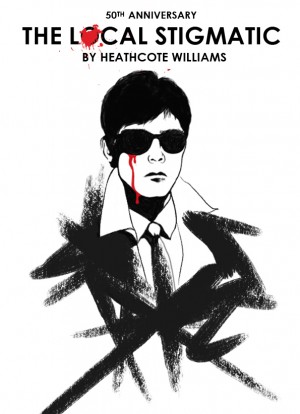 Directed by Michael Toumey, Heathcote Williams’ The Local Stigmatic is a revival of a 50-year-old play about two unhappy derelicts who torment a well-known actor. Even more relevant in today’s culture of celebrity, the piece is a comment on society’s obsession with fame and its mixture of awe and contempt for the famous.

With excellent performances, Wilson James and William Frazer portray Graham and Ray, two rageful sociopaths who are preoccupied with dog races, gossip columns and the affable celebrity (Tom Sawyer) they victimise. One drinks too much, speaking in a perpetual scream, the other, imbibing only tonic water, betrays lunacy and violence beneath a calm exterior. In leather jackets, Ray-Bans and a Rebel Without a Cause style, they loiter, shout, ramble about nothing in particular and project pent-up desperation. By chance they see a popular actor at a bar, whom they slyly and fawningly engage in conversation; Graham and Ray insist on accompanying him as he leaves, and disturbing violence ensues.

This sinister narrative about the envy of celebrity also contains undertones of repressed homosexuality, through the protagonists’ fascination with “queer” bars, Graham’s contemptuous characterisations of Ray’s girlfriend, and vivid suggestions of the potential rape of their victim. Well expressed is the intense frustration of those who don’t know how to manage their lives productively and the empty symbolism of fame as a window to their desires, a counterpoint of resentment and covetousness.

The theatre is very cool, a tiny dark alcove with barely a distinction between stage and audience: with an armchair, table and chairs, pictures of famous faces on the wall, streaming smoke effects, and Lou Reed music. Although such an intense work as The Local Stigmatic could be too emotionally forceful for such a small space, the viewer/stage intimacy in fact intensifies the play’s impact.

The piece is a disturbing and well-acted depiction of the frustration of social boundaries amid a lack of guidance and role models (beside capitalism’s lucrative fluff of celebrity). There is a sense of shallowness to the characters’ lives mirroring that of the world they desire – a desire taken to morbid extremes. A short but intensely relevant, provocative work, laced with dark humour, The Local Stigmatic is a must-see.

The Local Stigmatic is on at the Old Red Lion Theatre from 3rd until 28th May 2016, for further information or to book visit here.