Devilish! at the Landor Theatre 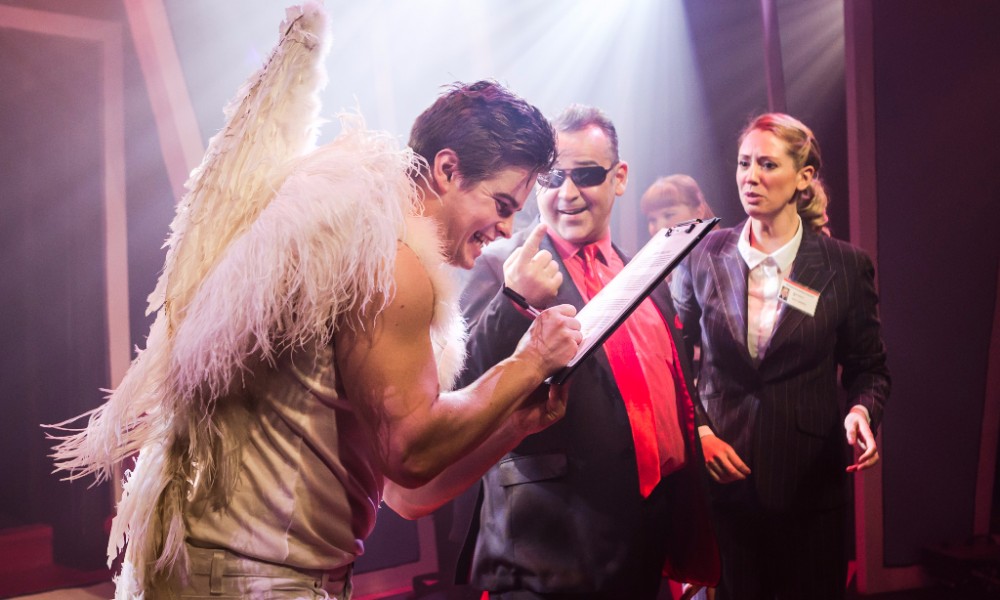 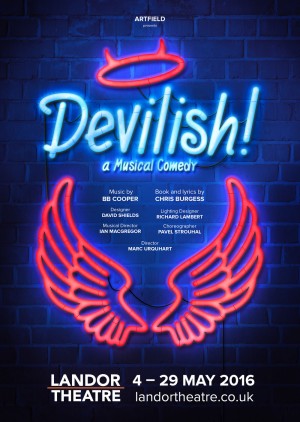 Given the pervasive nature of the genre, and the excesses it has reached, it is a near impossibility nowadays to successfully skew reality TV and the ‘”celebrity” culture it created. Anyone bold enough to take on the task runs the risk of repeating scenarios seen a thousand times before, be it on the shows themselves or the myriad of sketches and parodies shining a spotlight on their absurdities. Sadly, Landor Theatre’s Devilish! falls into this trap, the musical serving up a big plate of empty-calorie satire.

The set-up initially suggests something a bit more interesting. An angel is shot down over Clapham, setting off a chain of events that includes a flight over Cheddar Gorge, a disgruntled TV magician and a Cornwellian donkey sanctuary. Yet despite fleeting moments of inspiration Devilish! is a familiar tale of sub-Faustian temptation, the celestial body selling himself for celebrity only to regret the invasive trappings it comes with.

There are moments, however brief, when the musical comes alive. Gareth James makes the most of his role as Nick Brimstone, a Simon Cowell/Satan hybrid that at this point is beyond cliché, especially in the show’s star song Welcome to Hell. Katie Ann Dolling as the fame-chasing Maddie, meanwhile, brings a spark that is too often lacking elsewhere. Most impressive is Louie Westwood, whose dual performance as an Alan Carr-esque host and the desperate “Magic” Pete finds most of the musical’s laughs. It is a shame that the two lead roles fail to live up to the ensemble. Alex Green as Angel struggles to break out of the “aw shucks” position he starts from, whilst Victoria Hope fails to bring much personality to Ruth, though to be fair she isn’t asked to do anything more than pine and whine.

BB Cooper and Chris Burgess’ songs are largely a procession of indistinguishably jazzy numbers, matched by a book that zips through major narrative milestones in such a rapid fashion that nothing has time to gain any heft. Even when the musical begins to escape its rather tired set of reality TV tropes (ground amply covered over a decade ago in Jerry Springer: The Opera) it fails to produce anything truly original. It’s a missed opportunity given the heavenly nature of its central figure, Burgess and Copper passing up the chance to investigate the idol-making nature of both religion and celebrity in favour of a far more basic expression of angelic sin.

Devilish! is on at the Landor Theatre from 4th until 29th May 2016, for further information or to book visit here.

Watch the trailer for Devilish! here: