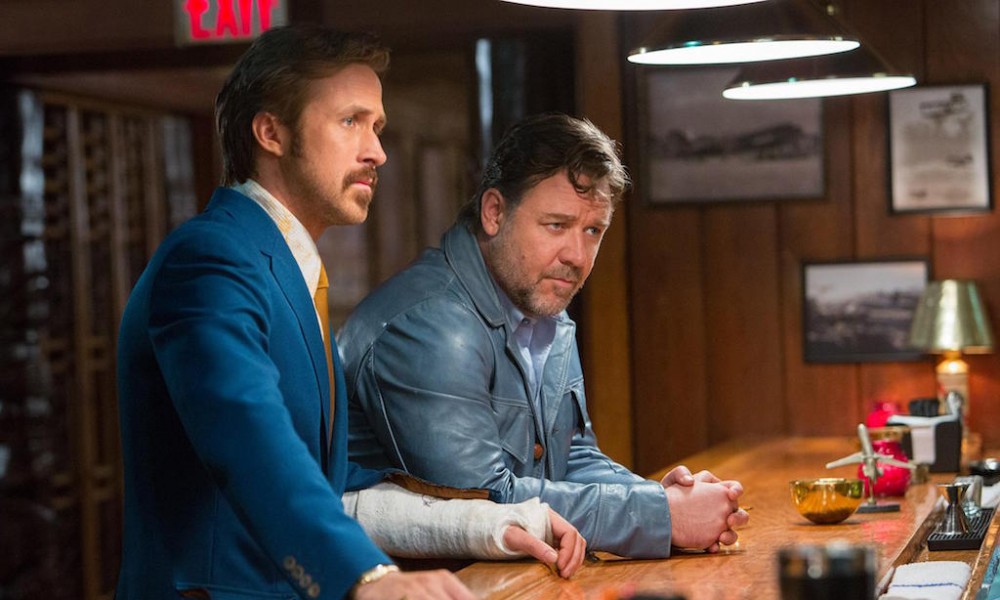 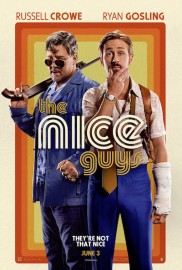 It is difficult to resist this amusing, silly buddy action comedy, starring a very game Russell Crowe and Ryan Gosling as private investigators following the clues after the apparent suicide of renowned porn star Misty Mountains (Murielle Telio). The nostalgic seventies soundtrack and LA setting is immensely seductive, even extending to the film’s typeface, and Shane Black’s witty script contains enough laughs and smirks to mitigate the threadbare, nonsensical plot. A lot of the film relies on the chemistry between the two leads. Crowe is appropriately hard-bitten as grizzled hired enforcer Jackson Healy; and Gosling, naturally more comfortable than Crowe with comic material, is very funny here. He plays weedy, alcoholic private eye Holland March, a character that well complements the stature and values of the extremely thickset, teetotal Healy.

As stated, the plot does not withstand much scrutiny. March is given a job by an elderly, half-blind woman to search for a missing young girl named Amelia (Margaret Qualley), who in turn calls upon Healy to frighten March off. Healy turns up at March’s house, breaks March’s arm and persuades him to give up on his investigations. But in time-honoured fashion it is not long before both deadbeats are working together to link the suicide and disappearance, meanwhile uncovering a criminal conspiracy that extends to the summit of the justice department.

There are some ludicrous gunfights, extended beatings and vehicular explosions, and Black’s direction causes some of the more frantic scenes to be cluttered and confusing. But the Tarantino-style conversations between the leads raise a snigger, and some of the visual comedy is pitched brilliantly – one henchman’s balcony fall drew applause from the Cannes audience. Not as funny as it thinks it is in parts, there still should be a lot of goodwill shown to the film: this is excellent popcorn entertainment.

The Nice Guys is released nationwide on 3rd June 2016.

Watch the trailer for The Nice Guys here: