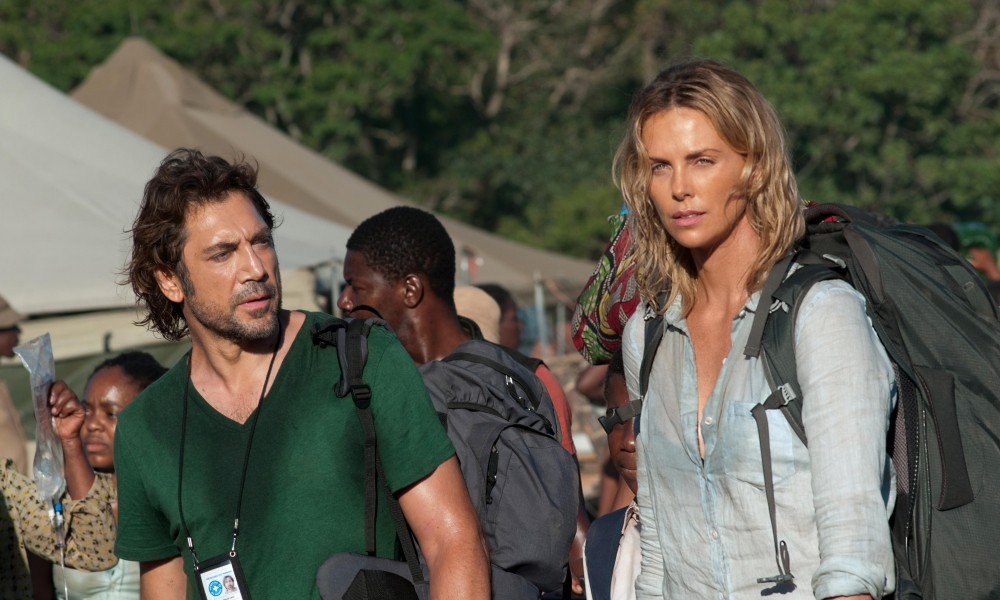 Cannes has produced its first unqualified disaster. Sean Penn’s The Last Face plays out like a satire of terrible Sean Penn films: a risible love story; crude, incurious politics; unintentionally laugh-out-loud dialogue; and a highly questionable white-guilt agenda of humanitarian intervention that resembles an advert for UN peacekeeping. It is remarkably bad. The disparity between Penn’s earnestness and his filmmaking ability is galling, and for a film that is so po-faced it achieves the distinction of being frequently boring but also intermittently hilarious.

Events are told in flashback, as Wren Petersen (played by Charlize Theron, who seems to look for the nearest exit at every opportunity), the director of an international aid agency, prepares to give a speech at what appears to be a lavish awards ceremony. She recalls her past working for an emergency relief NGO, during a time of civil conflict in Africa, and contemplates her relationship with the roguish Miguel Leon (Javier Bardem), a brilliant field doctor. This relationship then becomes the fulcrum of the film, subordinating the themes of geopolitics and war to a romanticised backdrop, merely an inconvenience for their fated bond. For a story about them, the black characters barely get a chance to speak. One climactic scene occurs so clumsily that the emotional resonance is nonexistent. There is also supposed to be some sort of ideological tension between Wren and Leon, though any possible conflict of ideas is demonstrated through the pair’s regularly inaudible, semi-articulate growls and ludicrous histrionics. The politics are juvenile, the love story laughable.

There is a lot more wrong. Two supporting characters, Ellen and Mehmet Love, respectively played by Adèle Exarchopoulos (a former Cannes winner, no less) and Jean Reno, are reduced to ill-conceived bubbles of oxygen. Both draw the biggest gasps of incredulity. Ellen’s shock revelation is inserted halfway through from a different planet; and Dr Love delivers various pearls of wisdom, including one on romance: “It is not grabbing. It is loving.” Often, after lines of this ilk, Penn produces a close-up of the other actors. A look of dumbfounded numbness is the stock expression. No one knows what anyone is talking about, least Penn himself, who also insistently uses an out-of-focus lens, perhaps to demonstrate the characters’ myopic emotional state. It looks terrible and is a magnet of irritation. Some of the blame must be attached to the screenwriter Erin Dignam, who manages to display not one ounce of wit, imagination or self-awareness, and produces some astonishingly transparent, convoluted and tortured narration. In this film, nothing is sacred. An embarrassment.

The Last Face does not have a UK release date yet.