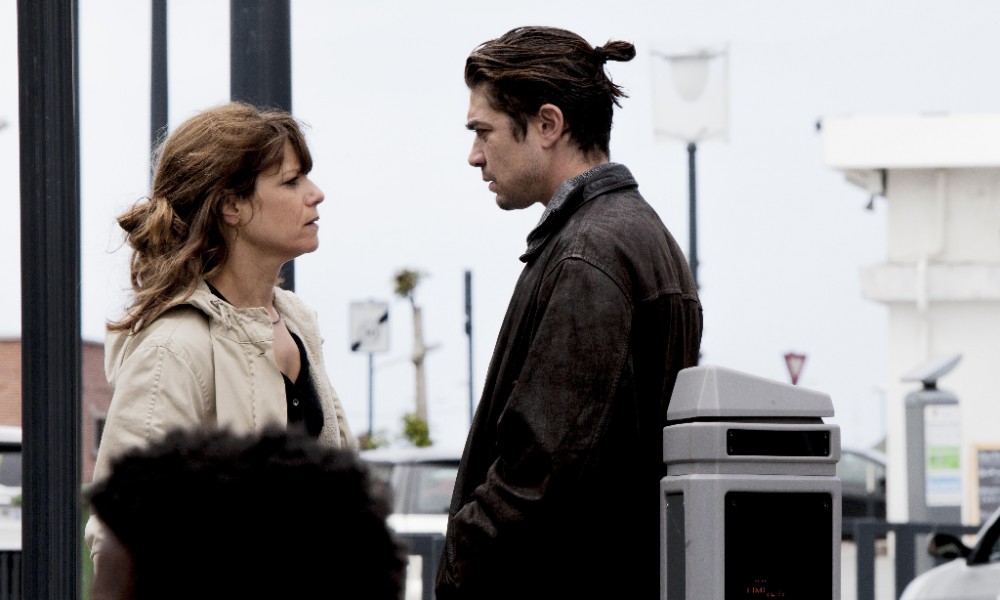 Pericle Scalzone (Riccardo Scamarcio) is a grim and grimy mafia boy, working for and protected by the boss Luigi Pizza. Dazed junkie and part-time pornography actor, his lowkey but threatening persona makes him the perfect criminal henchman: his job is to punish the clan leader’s offenders, in a manner quite unique and disconcerting. When one warning mission of this kind goes terribly wrong, Pericle is forced to hide and flee the rival boss’s gunmen. Ending up in Calais, he finds shelter in a local woman’s house, where the bonding with her and her children brings him to reflect on his own life.

The escape plot eventually turns into a revenge hunt, as Pericle discovers connections between his own past and current events. The dynamics of mafia are explored in the Belgian-French context, making Pericle Il Nero a novel film in the genre. Adapted from a 1993 novel by Giuseppe Ferrandino (under the pseudonym Nicola Calata), to transplant the plot to “Europe’s capital” could have been a risky move, but is in fact the strength and originality of Mordino’s film. Instead of retracing the steps of the famed Gomorra and the vague of Naples-set crime series that followed on its model, the Italian filmmaker’s choice innovates on a key element whilst still looking into the crime underworld.

Sidelining a visually morbid sexuality during the punishment scenes, the film is gritty to the bone. The artificial landscapes of Acciaio seem to echo in the Belgian small-towns, as Mordini’s visual storytelling is remarkable and consistent throughout Pericle Il Nero. Riccardo Scamarcio is a highlight: well directed and garbed in the grubbiest of outfits, the part works wonders and mixes the right amount of naive with the ruthlessness his life has given him. French and Italian dialogue also blend without snags – and Scamarcio is (surprisingly?) convincing as a francophone.

Ending on an interesting double-truth (two plausible versions of Pericle’s past) and the inevitable two-facedness of mafia men, Pericle Il Nero is the mafia film gone international.

Pericle Il Nero does not have a UK release date yet.