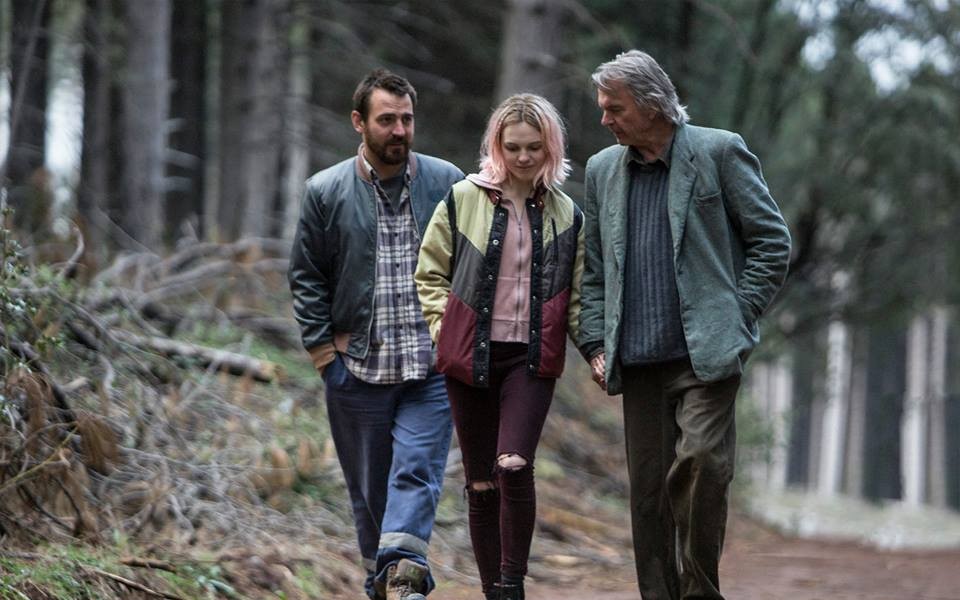 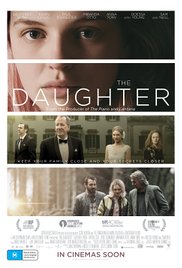 Established Australian stage director Simon Stone manages to capture an innovative, present-day rendering of Henrik Ibsen’s The Wild Duck with The Daughter. Set in his native Australia, the film portrays a more familiar and relatable atmosphere, whilst retaining the nostalgic nuances and allusions to classism in Ibsen’s play.

Henry Nielsen (Geoffrey Rush), a well-to-do mill owner, announces to his workers that he is forced to close down due to the economy. One of his long-time employees, Oliver Finch (Ewen Leslie), reassures his schoolteacher wife, Charlotte, and teenage daughter, Hedvig, that they will be fine. Oliver’s father, Walter, who used to be partners with Henry, lives with them after having served unspecified jail time for a fiduciary indiscretion. Meanwhile, Henry’s estranged son Christian (Paul Schneider) has returned home from America for his father’s second marriage to his much younger former housekeeper. Christian, who is on the wagon and separated from his wife, reconnects with his childhood friends, still plagued by his mother’s suicide and a long-held family secret.

The Daughter is a powerful reimagining of a haunting and subversive text, which is technically enhanced by Andrew Commis’ cinematography. The widescreen photography frames the drama beautifully and, coupled with the time-shifting editing, creates short absences of sound that don’t align with visual cues. This technique adds an air of disorder, as if things are going awry for the characters.

Amid this occasional visual fragmentation emerge bouts of emotional power, particularly from the only character in the film who keeps her original name. Odessa Young’s performance as the sexually adventurous and well brought-up Hedvig is inspired. The pink-haired, scraped-kneed, teenage carer if crippled ducks leaves the greatest impression.

Stone’s retelling seems to align with the playwright’s aims: a family’s struggles and secrets are put on display in a town riddled by small-town class tensions, much as in the original. However, Stone uses his innate understanding to portray a story “as old as the hills”, as Walter puts it, in a fervent and naturalistic repurposing of Ibsen’s idealistic play.

The Daughter is released nationwide on 27th May 2016.

Watch the trailer for The Daughter here: