The Plough and the Stars at the National Theatre 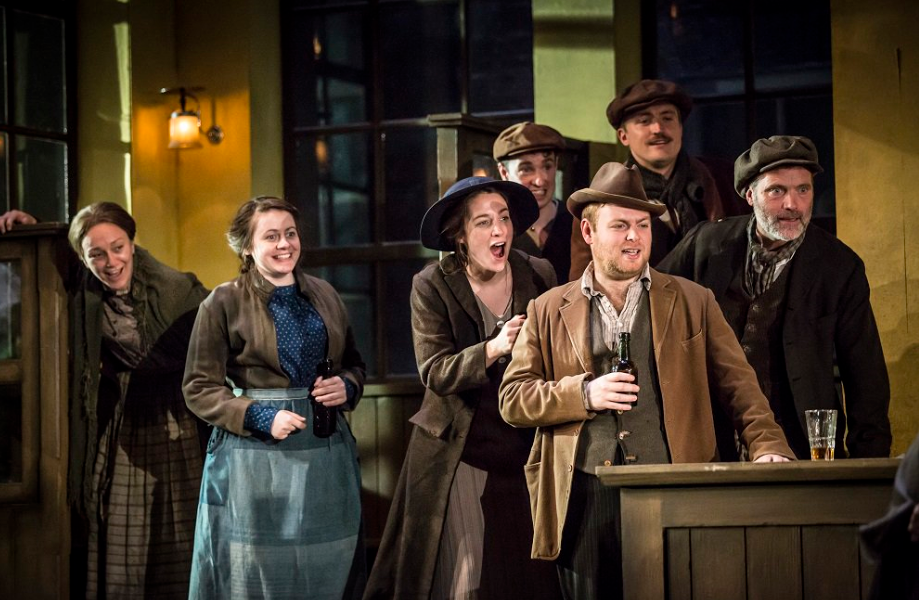 The Plough and the Stars at the National Theatre | Theatre review

The Plough and the Stars

Set first in the run-up to rebellion and then during the Easter Rising itself, The Plough and the Stars casts its eye not on the battle but the people who lurked at the peripheries scrabbling about to survive. Women, old men, the politically opposed: Sean O’Casey focuses not on those who fight (though they do appear) but those who are left behind.

For a play about one of the bloodiest chapters in Ireland’s struggle for independence, O’Casey’s drama is remarkably fleet-footed, never failing to find humour in the darkest of moments thanks to the mellifluous mockery of its characters. Embodying this spirit is Stephen Kennedy’s Fluther, a man made in the Falstaffian-mould. Big-bellied and brash, the carpenter uses his stature and the promise of a good hiding to quash any criticisms, though he is constantly found performing acts of kindness, be they of the small domestic sort or the larger life-saving kind. Kennedy is masterful, displaying a comedic physicality that is rippled with anger and hope. He is joined by equally joyous performances from Lloyd Hutchinson as Peter and Tom Vaughan-Lawlor as the Young Covey, the trio bumbling their way through the burgeoning warzone one jibe at a time.

Tonally, The Plough and the Stars isn’t perfect: while one can’t fault Judith Roddy’s Nora the character’s descent into grief-stricken madness feels imported from a different play. Her pain is completely understandable, O’Casey’s decision to render this strong woman voiceless is not. However, the playwright’s particular strain of dark comedy, and the warmth of his characters, prevents the narrative from descending into melodrama.

Vicki Mortimer’s design emphasises the scale of the tenement that provides the play’s setting, the collapsing walls giving way to shabby attempts at homeliness, while never losing the sense that it is almost its own ecosystem. This ecosystem feels under attacks thanks to the direction of Howard Davies and Jeremy Herrin, as the revolution gradually moves from the edges of the stage to the characters’ very living rooms.

Despite the Easter Rising’s importance, O’Casey in no way seeks to glorify the event. His soldiers aren’t heroes but angry young men, their wives aren’t proud but terrified. The Plough and the Stars is a bleak, if brutally funny, reminder that behind each revolution lies those merely trying to preserve whatever meagre life they had managed to construct from their poverty in the face of sweeping change.

The Plough and the Stars is on at the Lyttelton Theatre, National Theatre from 27th July until 22nd October 2016. Book your tickets here.

The Plough and the Stars