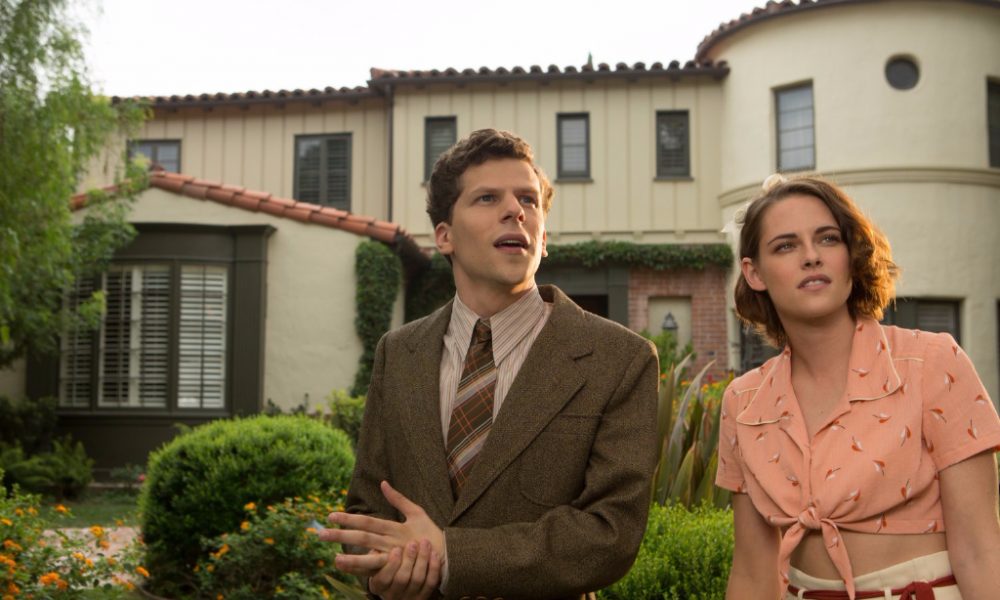 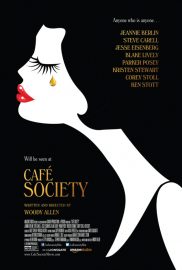 Woody Allen’s newest release, Café Society, takes a trip to the beginning of commercial cinematography: Hollywood in the 1930s.

Following his ambition of becoming rich and successful, young New Yorker Bobby Dorfman (Jesse Eisenberg) is driven to his uncle Phil’s (Steve Carrell) film agency in Los Angeles. He promptly meets who he believes to be the love of his life: the agency’s secretary, Vonnie (Kristen Stewart). Unfortunately, she is already secretly dating Phil, but after he fails to leave his wife over and over again, she and Bobby grow closer and consider starting a life together. That is until the uncle finally does split with his wife and asks Vonnie to marry him. Heartbroken, Bobby returns to New York, where he joins in his brother’s business, Café Society, and starts a family. Everything seems to run smoothly until he meets Vonnie again…

With Café Society being Allen’s 47th film, it is hardly surprising that some of its motifs feel played out: the business tycoon who falls head over heels with his secretary, the young ambitious social climber full of naiveté, and the young secretary destined for more than just typing up reports. While the visuals are absolutely stunning, the storyline is less impressive. The movie seems somewhat disjointed: the first half with Bobby in L.A. and second half with him in New York make it feel like two separate pieces that are only randomly linked.

Nonetheless, it has moments of humour, especially Bobby’s parents, a stereotypical Jewish couple that brings along unexpected comedy. The actors’ performances generally correspond with the slow tempo of the movie – Stewart, in particular, appears quite flat and takes away some of the film’s potential.

While not one of Allen’s greatest works, Café Society is an interesting excursion into the bygone days of Hollywood glamour, even with a story that unfortunately never comes to a climax.

Café Society is released nationwide on the 2nd September 2016.