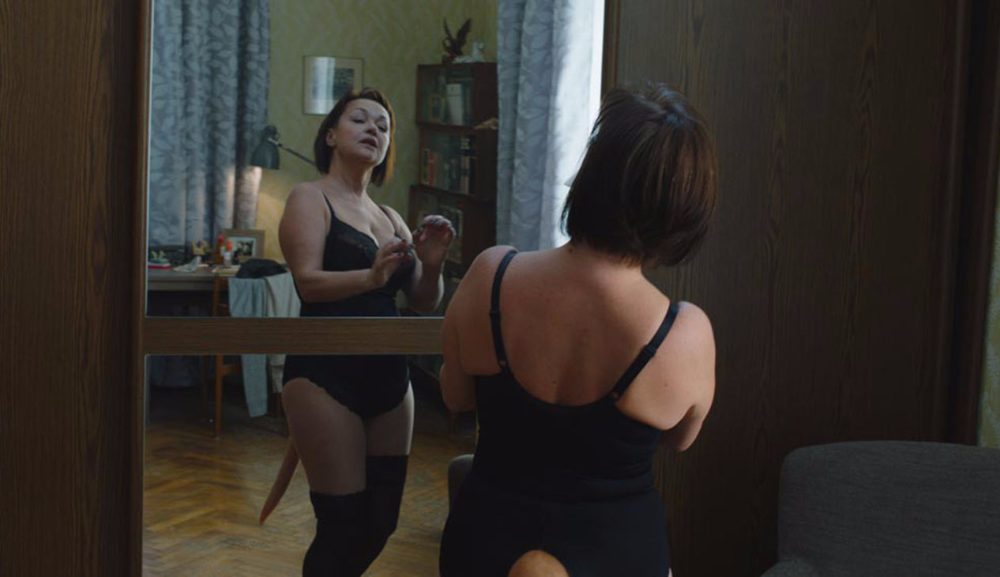 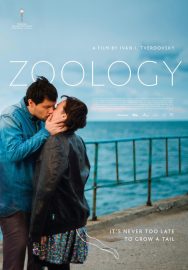 Ivan I Tverdovsky’s Zoology is a Russian drama that confronts the issue of alienation, yet many may well refer to it as “that Russian movie about the woman with a tail”. It is true that the tail in question is one of the more remarkable cinematic creations of our time. In what seems to be a combination of CGI and prosthetics, it looks fleshy and real; with the help of some squelchy sound design, it is also rather disgusting.

Don’t let this fool you into thinking this is an exploitative B-movie, destined for the midnight screening circuit. Tverdovsky’s second feature is, instead, a poignant examination of social stigmatism and loneliness – well-acted, tenderly evoked. Zoology follows Natasha (Natalya Pavlenkova), a frumpy administrative assistant to a zoo as she lives a miserable existence: she’s made fun of by her work colleagues, and lives with her Catholic, cat-obsessed mother (Irina Chipizhenko). One day, she undergoes an X-ray for something on her back. As she lies helpless, encased in blue sheets, we finally see the tail emerge; it’s absurd, and we want to laugh, but there’s also an instinctive sympathy towards someone so desperately humiliated.

After this, Tverdovsky consistently demonstrates an ability to wring complex emotions out of his, ahem, tale. Humour is prevalent, some Freudian (Natasha feeds hot dogs to animals), some perfectly innocent, and there are stretches where the grotesque is suppressed in favour of Natasha’s budding sense of self-confidence, or her sweet romantic relationship with radiologist Peter (Dmitriy Groshev). Yet the tail comes back, time and time again, to shape Natasha’s life, and ensure that she is never seen solely as a normal individual; the ending is brutal enough to make even Yorgos Lanthimos wince.

There’s a temptation to analyse the specifics of the metaphor on display here. Is it to do with transsexuality, or body dysmorphia? Tverdovsky plays it broader: this picture vocalises the concerns of those who live on the fringes of society, isolated and desperate to conform. Some may consider this unsatisfactory, or even confusing; surely Natasha should embrace the individuality the tail might symbolise, particularly when everyone “normal” seems so horrible? However, Natasha is human. She might like the look of the tail in the mirror, but when her mother and boyfriend treat her differently, it suddenly becomes a curse. Zoology is a strange film, but its conviction and plausibility imbue it with a subtle power.

Zoology does not have a UK release date yet.

Watch the trailer for Zoology here: