Dare Devil Rides to Jarama at the Bussey Building 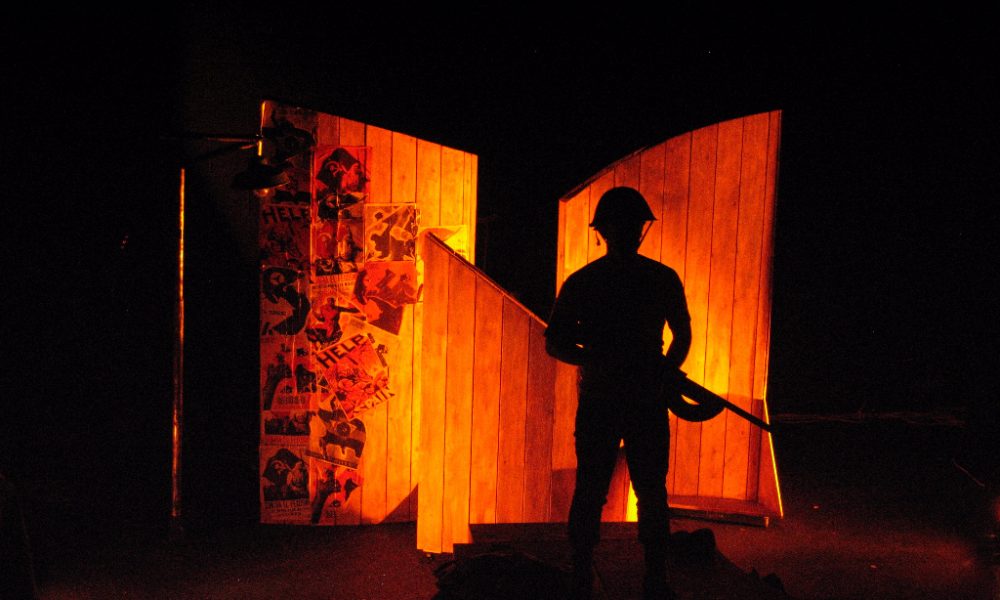 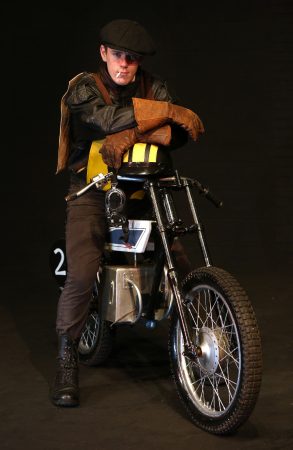 Dare Devil Rides to Jarama, a new play by Neil Gore, tells the true story of likeable Lancashire lad Clem Beckett, from his glory days as a thrill-seeking show motorcyclist, to his fight on the front line for the voluntary British battalion in the Spanish Civil War.

In a sombre opening, the playwright – who takes on many different parts throughout the piece – recites a serious poem before launching into a light-hearted song introducing theatregoers to the play’s protagonist, Clem “Dare Devil” Beckett, performed charmingly by David Heywood.

Wooden instruments handed to the audience at the door are used enthusiastically in the first act and spectators are egged on by the two actors on stage, creating rapturous sound effects to “rev up” Beckett’s motorcycle and create a crowd-like atmosphere at the speedracing track. Puppetry is another device used inventively, forming a silhouette to illustrate the protagonist’s daredevil tricks and comically representing his Danish love interest in a joyous dance to a folky love ballad.

The storytelling element of traditional folk music adds to the didactic tone of the piece, with strong vocals and musical skill from both performers, who play strings, woodwind and even a xylophone fixed to Beckett’s motorbike.

The rattling instruments are handed back to ushers in the second act, and with them the production loses some of its energy. The engaging visual effects in the first part are also lost as the story moves on to its Spanish war setting, relying instead on simple props and aural descriptions to depict the horrors of the battlefield. After a 20-minute interval and a drastic change of tone, the piece could benefit from a shift in contrast to match up to the strength of the first half.

The simple wooden set adapts well to make the many different settings in both acts, and the committed conviction from the cast is consistently engaging, as they frequently step out of the narrative to bring the audience up to date with the historical events of that time – meaning spectators don’t need a degree-level knowledge of history to understand it.

Telling the whole story in a two-hour-long two-hander is a big task, but clear direction from Louise Townsend breaks down the narrative well, frequently interspersing it with popular wartime marching songs that give this play real heart, serving its purpose to remind us of the British troops who died in the Civil War on its 80th anniversary.

Dare Devil Rides to Jarama is at the Bussey Building from 24th until 29th October 2016 before touring the UK, for further information or to book visit here.