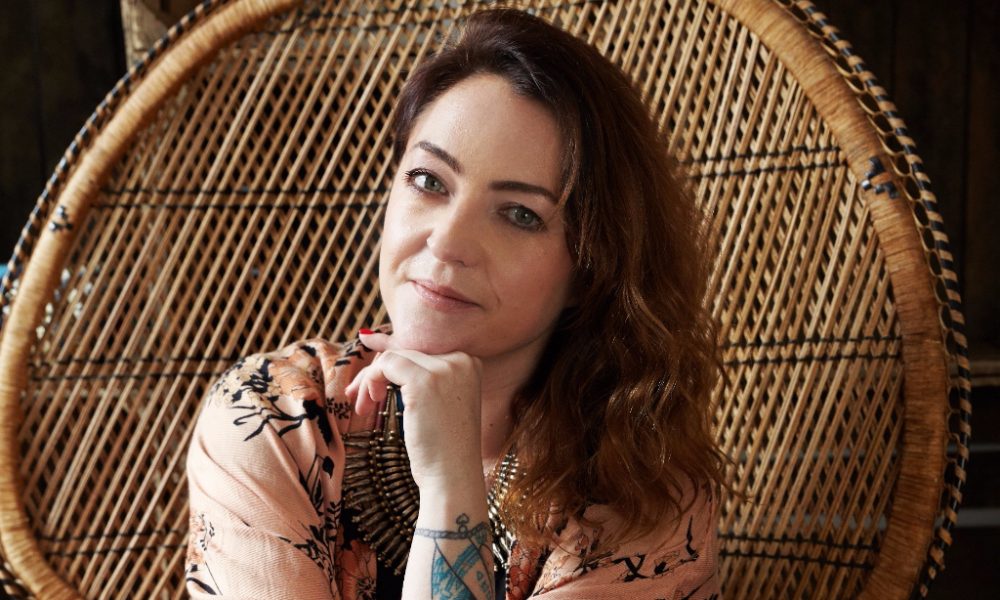 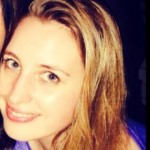 Ali Land’s debut novel, Good Me Bad Me, has already been hailed as this year’s The Girl on the Train. A gripping psychological thriller, it follows the story of a teenage girl who struggles to break free of her dark family history after turning her mother – a serial killer – in to the police. We caught up with Ali to find out all about her explosive novel, how she keeps her readers hooked, and which books she reads with the lights on.

Good Me Bad Me has already been hailed as one of the most explosive debuts of 2017. What’s been your biggest “pinch me” moment since it was published? Becoming a Sunday Times bestseller after only three days of sales is a pretty big “pinch me” moment!! But to be honest, my whole publishing journey so far has been a bit “pinch me”. I submitted the first three chapters of Good Me Bad Me to Juliet Mushens, the agent I wanted, on a Sunday afternoon. Ten minutes later she’d requested the whole manuscript and, a few hours after that, had offered me representation. We shook hands on the Tuesday and the following week Penguin pre-empted on the book and the foreign deals started to kick off. To bring the bubble back down to earth, the editing process that followed was seriously brutal. I was asked to double the length of the book so I could carve out the plot in a very voice-driven novel, and it took a further four full drafts over a period of eight months for the book to be finished. Many tears were shed and much gin was consumed. Worth it now though!

Lots of reviewers have said that they devoured your book in one sitting. What do you think the secret is to hooking your reader and keeping them gripped right until the last page?

Readers love to FEEL. Whether it’s anticipation, a sense of dread or fear, if you can get under their skin from the off you’ve got a chance of holding their attention. So, rule number one, a strong opening; rule number two, sustain, sustain and sustain. Readers are super clever, they can sniff out a shaky plot from a mile off and if they get bored, they’ll be gone. Little breadcrumbs left along the way that promise the reader something if they read on. Information they want or answers about somebody or something. The psychological games that unreliable narrators play with readers are what keep readers turning the page; that and an insatiable thirst for trying to figure out what’s going to happen, but secretly hoping they get it wrong so they can be shocked again and again. Basically we like our heads to be messed up a bit, but we also like to come back from that experience and that’s the beauty of exploring darkness through the realms of fiction, and in my opinion, there should be no boundaries to what we explore.

Which authors have kept you awake at night (with the lights on)?

I grew up at boarding school from the age of nine, but with boys and girls up to the age of 18. You could get your hands on anything you wanted and usually at far too young an age! Silence of the Lambs was one of those things for me. The first book to truly terrify yet thrill me, and Clarice Starling remains one of my heroes today. The conversations she has with Hannibal Lecter are brilliant and I love how Harris creates a character hair-raisingly dangerous but also one you can’t help but admire because of his creepy but brilliant intellectual finesse. Shirley Jackson’s one not to miss either. In We Have Always Lived in the Castle, she writes with perfect restraint, parting the curtain on what’s going on behind closed doors in the house Merricat, Constance and her uncle share. She slowly turns the screws, taking you deeper and deeper into the character’s psyche and the insanity begins to drip from the pages.

Can you tell us a bit about your writing process and where you write?

For me, there’s the calm before the storm. This is when I’m tossing up ideas and scribbling things down, wondering if that might work or asking myself if I should do this instead. This phase I like to do in the library or cafes. Then, at some point, the cannons line up and I feel ready to go in. This is when the creative chaos occurs and I do this in the privacy of my own home. The literary game of chess begins on my wall, neon post-it notes become my best friends. I talk to them, move them around, swear at them, scrunch them up, un-scrunch them, apologise and place them back on the wall. My laundry pile gets bigger, my flat messier and I run with it. I love it. I’m super organised and punctual in my normal life so when my creativity is in full swing, it’s this delicious abandon. I sleep less, I’m more energised and as long as I can keep the volume of the “self-doubty” voice to a manageable level, I can go seriously deep into my work. I’m still in the calm phase of writing my next book but I’m taking myself off soon for a week of creative solitude, a cottage in the woods, to encourage my creativity to step forward.

You’ve said that the idea for the central character of Milly – who’s trying to escape her dark past – emerged during your time as a children’s mental health nurse. Did your experience give you a particular view on the nature vs nurture debate?

Not a particular view, no. I’ve seen both sides play a part in many children’s lives. It’s almost impossible to separate the two, and then there’s the factor of resilience. Why some kids do better than they should considering their circumstances. How to measure the unmeasurable? The only thing I remain convinced of is that we should never stop trying to understand or care for our young people, the product of both their environment and their genes.

Are there any other areas of the human psyche that you’re especially interested in exploring?

My passion and compassion, at this point, lies with children, with exploring their psyches and also exploring how people feel about children who are different or who some might find difficult to love. I explored the notion of forgiveness in Good Me Bad Me and I’m not sure I’m done with that yet. Lord of the Flies had a huge impact on me when I was growing up and I often wondered if it had been my class on the island, would the adults have forgiven us for murdering one of our own. I’m looking at the notion of revenge for my next book, and also kinship – children finding comfort in each other.

How long was the process of getting Good Me Bad Me published – from the moment you had the first seed of an idea?

The basis of Good Me Bad Me was formed about eight years ago, following a conversation I had with a teenage girl who was terrified she would turn into her mother, who had been involved in the serious harm of young children. I didn’t then think “Oh that would make a great book”, I went about my life and tried to be the best nurse I could be. My creativity had other ideas, though, and had had enough of being suppressed so the voices and images I had lived with since I was a young child became louder and sharper, I couldn’t ignore them anymore. I was 33 when I put pen to paper and Good Me Bad Me was the first thing I wrote; it tore out of me and after I’d written it, I realised it was the book I needed to write, that I was ready to start clearing out some of the worries I’d hidden inside me along the way as a nurse. Once I got the book deals, it took 21 months to see it on the shelf. The publishing process is super slow, about 18 months from deal to shelf is the norm.

Do you think you’ve found your genre with the psychological thriller? Or would you like to try your hand at something completely different?

I love reading literature that’s provocative and memorable, that prompts me to question things and gives me a hunger to discuss it afterwards. It also seems to be that that’s what I enjoy writing! As a non-plotter – as in, I hear the voices and see the images in my mind and build a plot around that – I’m never too sure what’s going to land on the page. But so far in my next novel, it seems I’m going down a similar route as I did in Good Me Bad Me, a psychological drama driven by the characters and their inner turmoil.

Good Me Bad Me is published by Penguin at the hardback price of £12.99, for further information visit here.