The Iron Man at the Unicorn Theatre 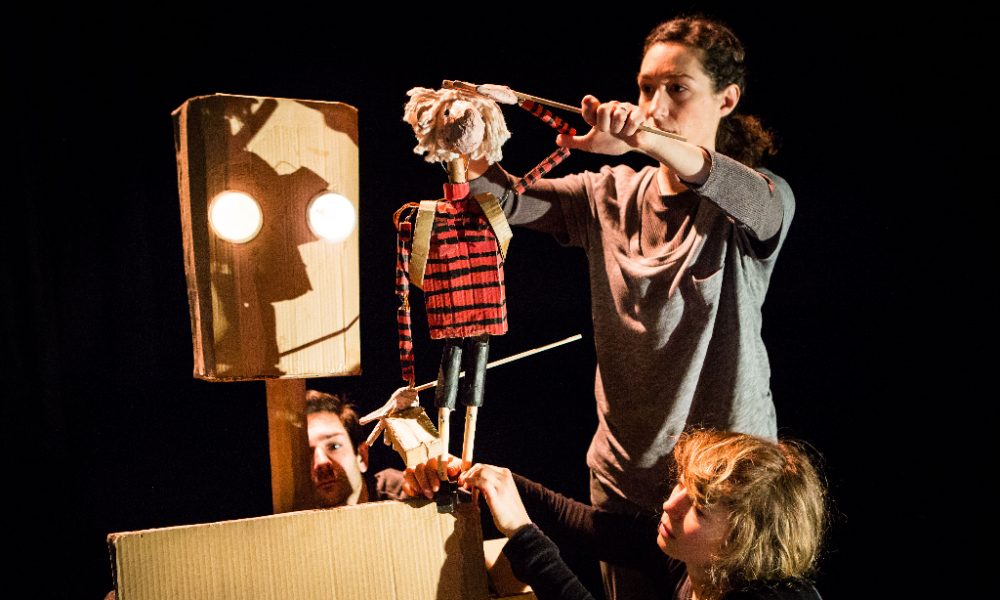 The Iron Man at the Unicorn Theatre | Theatre review 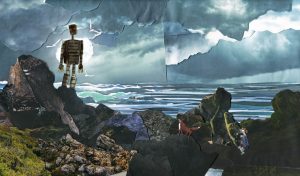 Sometimes, especially in the current, utterly depressing climate, audiences just want to be enveloped in the theatrical equivalent of a big hug. That’s exactly what Matthew Robins’s adaptation of Ted Hughes’s The Iron Man is: a slice of pure magic that allows, even just for an hour, one to sink back into the joys of childhood.

This is world of steel and iron rendered in wood, cardboard and watercolour animation. The titular machine is a joyous, characterful piece of design in all its incarnations, be it the lumbering lummox that looms at the centre of the stage, the human-sized tractor-gobbler or its unbearably dinky doppelganger. Part of its charisma lies in the fact, bar one very special avatar, that the Iron Man looks like something (an admittedly insanely talented) child might create.

The production’s endlessly inventive approach to the story doesn’t end with its box-built beast. The wooden puppets, particularly that of the little boy, look like Quentin Blake illustrations brought to life. Meanwhile the Earth-threatening dragon-bat-wolf-angel brings an eerie element of interpretive dance to proceedings. There is even a musical picnic interlude reminiscent of the Muppets or something out of Yonderland. The list could go on and on, only that would spoil the bevy of surprises that lie in wait at the Unicorn Theatre.

Of course, all this is brought to life by a very human team. Performers Avye Leventis, Justyna Janiszewska and Daniel Naddafy conjure a series of miracles using Robins and Tim Hunkin’s constructs, while Nima Taleghani provides warm and witty narration. Special mention must also go to Owen Crouch’s sound design; his ambient landscapes merge with industrial beats in such a way that it feels like one is in a giant metallic womb.

The Iron Man is ostensibly aimed at children. However, one would have to be the worst kind of curmudgeon not to be wowed by this enchanting production, which lavishes the audience with an untold number of wonders. It truly deserves to come back again and again until the world has been cured by its charms.

The Iron Man is at the Unicorn Theatre from 24th January until 5th March 2017, for further information or to book visit here.

Watch the trailer for The Iron Man here: