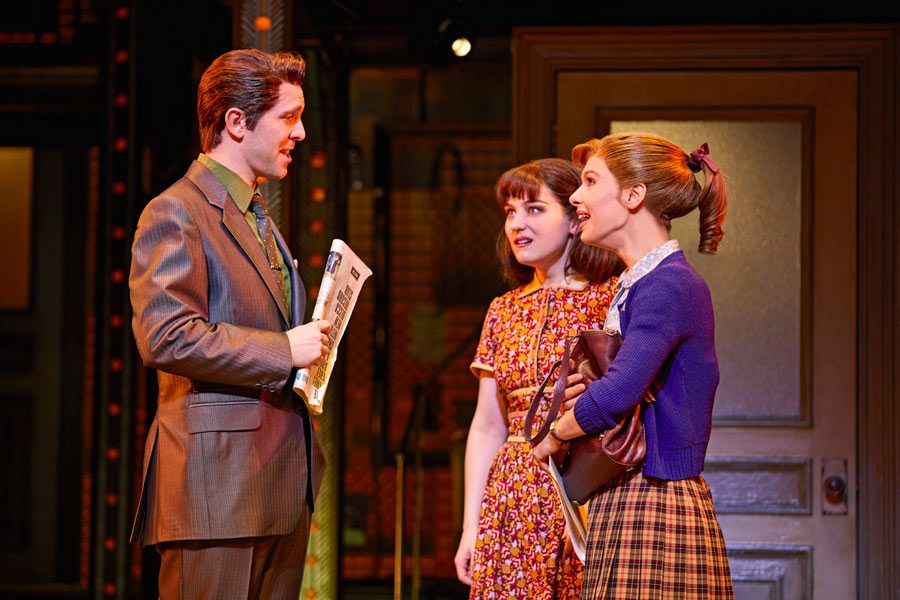 Recently celebrating it’s second birthday in the West End, Beautiful is the to-stage translation of Carole King’s monumental career. Tightly directed by Marc Bruni, the show trips along at a moderate pace, starting with the songwriter’s origins as a young Brooklynite, and following her success into the music industry.

As expected, the production is gleefully crammed full of glorious songs and stunning visuals, and the phenomenal cast are really put through their paces as we hurtle through hit song after hit song. These are complemented by some lightly comedic moments, but the tongue-in-cheek wit in the first act is never fully counter-balanced with the darker, more human intensity of King’s past and, as a result, it’s hard to find much depth in the show. It’s easy to see why it’s omitted in this Disney-style recounting, as the musical tries to focus on the head-bobbing hits like Take Good Care of My Baby, but cooing over the prolific nature of King’s work doesn’t quite replace engaging writing.

Ultimately, Beautiful feels more akin to a concert arranged around a few of the singer’s life events than an a actual musical, but that doesn’t stop it from being incredibly fun. The intelligence that goes into some of the numbers, like 1650 Broadway Medley, is astounding. Especially when supported by jaw dropping sets, glittering lights and brilliant costume changes, we fly through the decades and dazzling dance numbers at a ferocious speed that leaves audiences breathless.

Widely described as “efficient” – a polite way of saying clinical – the Hollywood veneer we know and love on the silver screen doesn’t wholly translate to the rougher, rawer theatre, and in this instance there is a certain disconnect between the lead characters and the audience. Cassidy Janson as Carole King combats this with her wonderfully likeable performance, and irrefutable talent. Her soulful rendition of You Make Me Feel justifies the standing ovation at the final curtain, and we’re left itching for more from Barbara Drennan’s hilarious Genie Klein.

It’s fair to say that Beautiful isn’t the best musical out there, but the sheer joy and magnetism it commands ranks it as one of the most enjoyable and heartwarming..

Beautiful: The Carole King Musical is at Aldwych Theatre from 10th February until 22nd July 2017. Book your tickets here.

Watch the trailer for Beautiful: The Carole King Musical here: 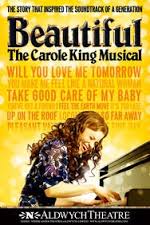