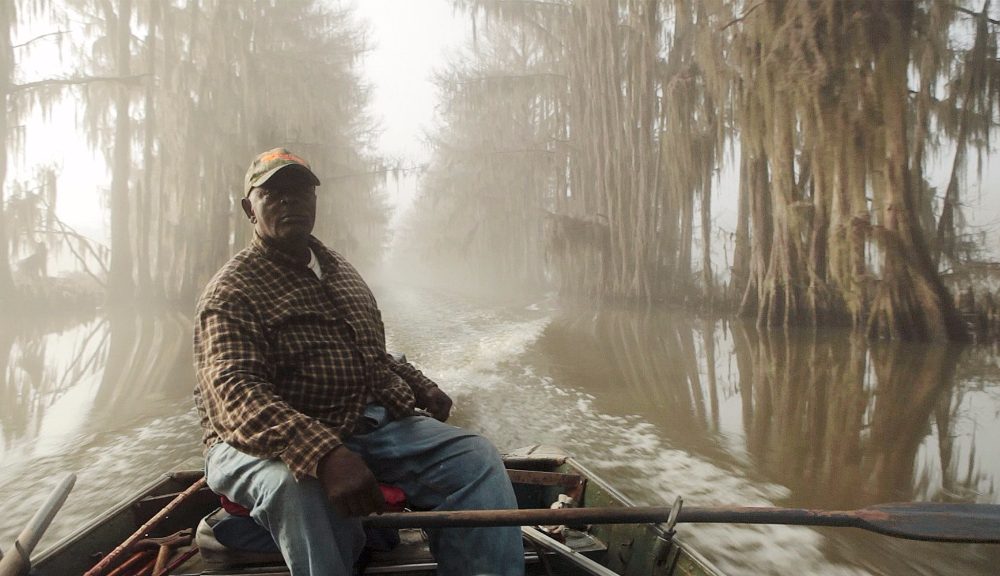 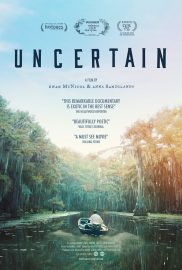 Located on the shore of the Caddo Lake, Uncertain is a small town on the Texas-Louisiana border. Its most recent census places the population as consisting of only 94 people; their local sheriff describes it as being so remote that it’s “not on the way to anywhere” and claims that “you’ve got to be lost to find it”.

Uncertain is a documentary by directors Ewan McNicol and Anna Sandilands that attempts to highlight the two most pertinent existential crises the town’s people face. Firstly, the Caddo Lake is plagued by an invasive species of vegetation that threatens its eco-system and the residents’ livelihoods. The settlement is visibly suffering from losses in fishing and tourism and without some resolution to the issue Uncertain could easily disappear. Secondly, the film attempts to capture the personal turmoil and battles for survival of three residents: Henry Lewis is an ageing fisherman, coming to terms with a crime he committed when he was younger; Wayne Smith is a former addict and ex-convict who, on his quest for sobriety, turns to hunting “Mr. Ed”, an elusive giant boar; Zach Warren is a young alcoholic diabetic who dreams of escaping Uncertain and finding meaning in his life.

The cinematography is gorgeous and highlights the natural beauty of the Texas-Louisiana bayous and forests. McNicol and Sandilands take time to demonstrate a healthy respect for nature, all without turning their project into an environmentalist film.

If the directors were aiming for a coherent theme in their documentary, it probably concerns the fight for survival and its consequences. For example, Uncertain doesn’t shy away from intense sequences where animals are shown attempting to escape from hunters and then subsequently revealed gutted and skinned in the next scene. This is juxtaposed with elaborations and justifications from Wayne, Zach and Henry, where they discuss their struggles against poverty, crime and addiction and ruminate on areas where they have failed. There is a brutal honesty to the subjects’ stories. They’re contrite, but they speak frankly about genuinely shocking and appalling moments in their life.

Despite this, Uncertain does not make for depressing viewing, instead it is filled with charm and the subjects of the documentary and the town are presented in a likeable way. Their stories are told in a profound and heartfelt manner, without becoming excessively saccharine. Ultimately, Uncertain is a haunting story about a small town with a big character.

Uncertain is released in selected cinemas on 10th March 2017.

Watch the trailer for Uncertain here: