The Wild Party at The Other Palace 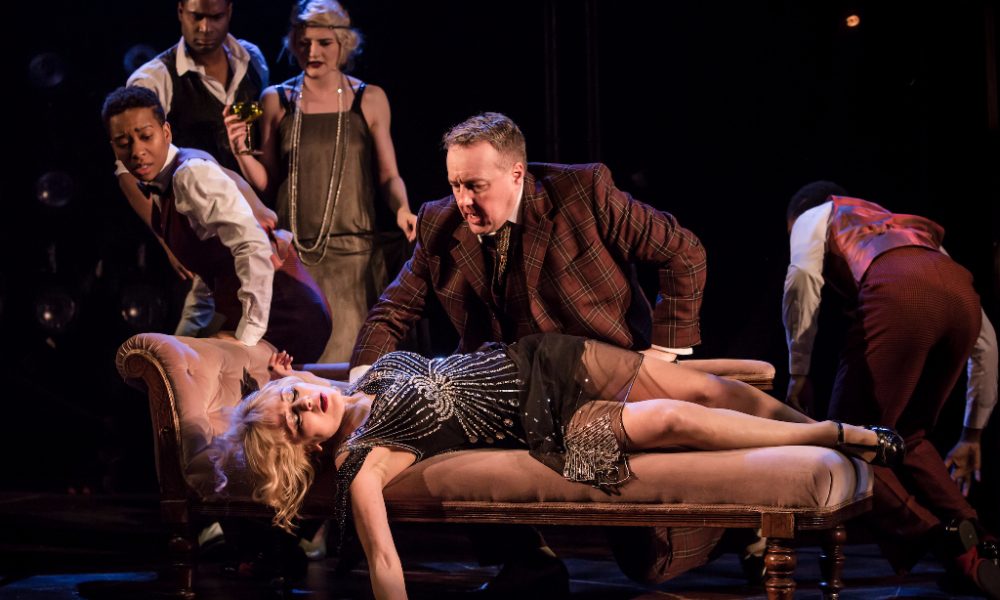 The Wild Party at The Other Palace | Theatre review

Andrew Lloyd Webber hosts a Wild Party to mark the relaunch of The Other Palace Theatre, formerly The St James Theatre. Under his ownership he has vowed to make it a place that encourages and promotes new musicals and talent; it is slightly odd that he has begun with a musical that flopped on Broadway in 2000. The play, based on Joseph Moncure March’s racy 1928 poem and adapted by Michael John LaChiusa’s, captures some of the poem’s frenzied debauchery but lacks its disturbing aftertaste. It is hard to represent March’s spontaneous, wild, inebriated and insecure age in a performance that relies on choreography and planned musical numbers. LaChiusa did not want to imitate 1920s New York but the production feels like an imitation – not of the real thing but of other musicals set in that era.

From the onset the show broadcasts its decadence and its characters’ sexuality; the first song greets us with a chorus of “Queenie was sexually ambitious” and midway through the party Queenie muses that “everything is just one big song and dance for sex”. The audience does not really need to be told what is so obvious. While at times the piece does lose focus there is a story to tell. Queenie, a dancer-socialite in New York and her possessive comedian lover, Burrs, throw a party in an attempt to forget their troubles and bring some excitement to their existence. Characters arrive in pairs: a hedonistic lesbian and her post-modernist lover, a boxer and his doxy, Jewish producers, two all-singing and all-dancing black brothers. Only with the arrival of Queenie’s friend Kate and her white-suited partner Black, who becomes fatally attracted to Queenie, does the party become “wild”.

The play needed a more imaginative approach to the 1920s, just as Luhrmann’s Great Gatsby evoked the greed and extravagance of the original but updated and altered the standard vision of the book. Frances Ruffelle gives life to the role of Queenie and is a force on the stage. Victoria Hamilton-Barritt likewise is a vivacious Kate and Genesis Lynea and Gloria Obiango’s vocals make for some of the best musical numbers.

The material here is a good concept for a play but maybe not a Broadway musical. Perhaps in an even more intimate and older setting something could be made of this work – in an environment where it felt we were witnessing a real wild party rather than a theatrical translation of one.

The Wild Party is at The Other Palace from 13th February until 1st April 2017. Book your tickets here.