My Country; A Work in Progress at the National Theatre 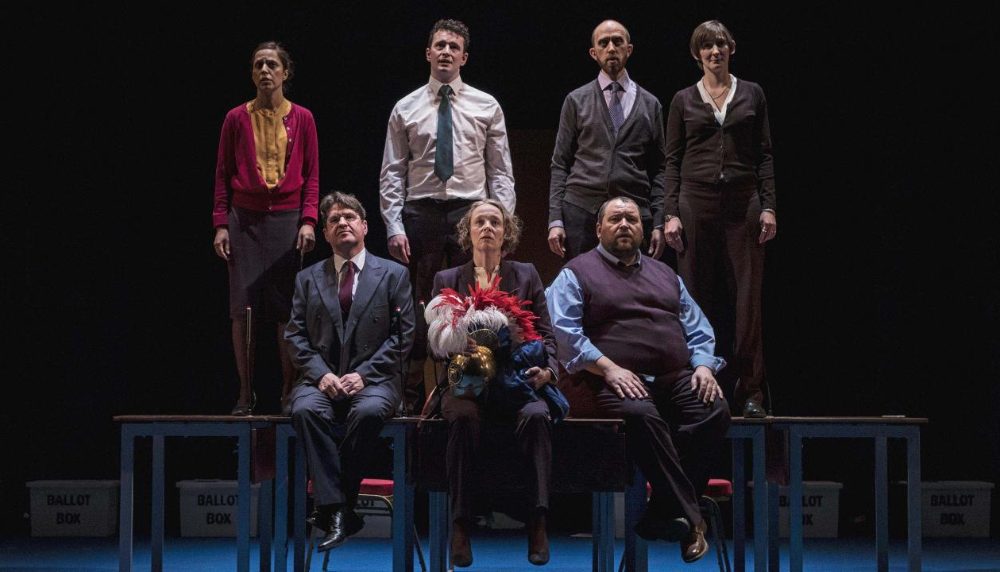 My Country; A Work in Progress at the National Theatre | Theatre review

Perhaps Brexit: The Play would have been a bit on the nose. But don’t be mistaken, despite the coyness of its title, My Country; A Work in Progress – the fruit of a nationwide exploration of the post-referendum landscape – is about one thing and one thing only. It is also, sadly, more noble in aim than it is successful in execution.

Britannia has convened a council of her regions – a “sacrament of listening” – to discuss the EU referendum. This narrative approach, largely structured around the verbatim replication of interviews the theatre held, effectively leads to a Brexit greatest hits. The controlling hand of “those in Brussels”, straight bananas, island nation patriotism and the collapse of industry are all rattled off, with extended medleys for Big Issues like the distrust of the political class and, of course, immigration.

Rufus Norris and Carol Ann Duffy have purposefully made the play Leave-leaning, both to represent the outcome of the vote and to challenge the assumed position of the theatre’s usual audience. By eschewing voices from London and the South East, however, the Remain arguments are significantly underplayed; and while that may be fine during its short run in a city seen as isolated from the rest of Britain, for a production that is about to tour the country it feels like a misstep.

As a piece of theatre there are actually a lot of nice touches. The performances, especially Penny Layden as the Cameron/Johnson/Farage-aping Britannia, are uniformly strong, and the fantastic musical choices lighten what could have been an incredibly dour evening. Yet there are some major issues with the verbatim nature of the script itself. The cacophony of voices rub-up against each other without yielding anything approaching a real debate – despite the lyrical urgings of Duffy’s Mother Britain to listen, what is being said needs to stimulate not just regurgitate.

Before the referendum this would have been a searing piece of theatre; in 2017, on the other hand, it is not good enough to create a precis of Brexit, especially nearly nine months following the vote. In its attempt to capture every unheard voice, and through a neglectful attitude towards what has happened since last June, My Country ends up saying very little.

My Country; A Work in Progress is at the National Theatre from 10th until 22nd March, for further information or to book a visit here. 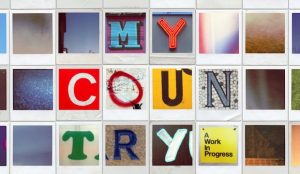 My Country; A Work in Progress