Filthy Business at the Hampstead Theatre 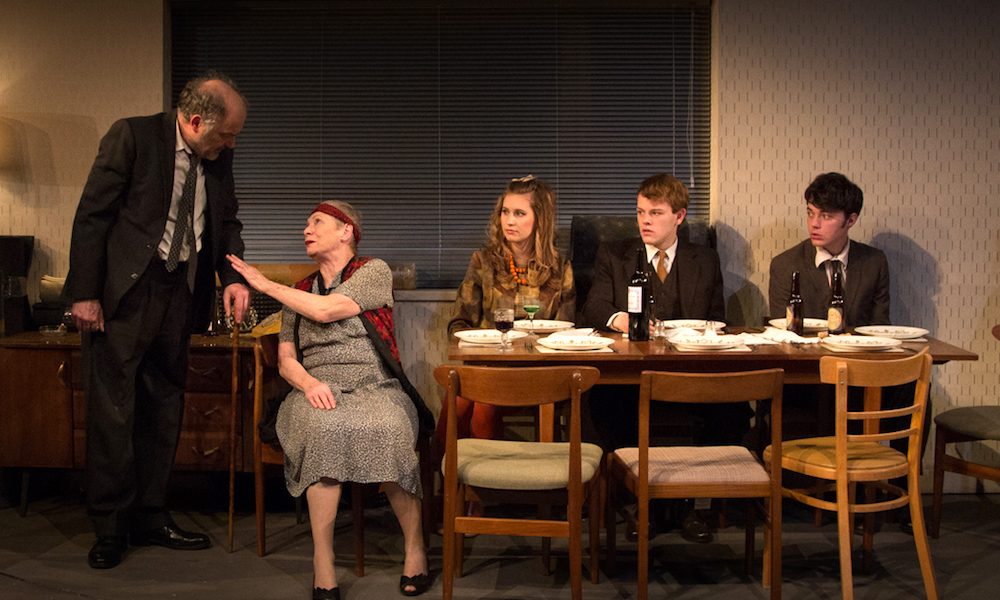 Since the referendum last year, it’s hard not to enter the theatre without wearing the political equivalent of beer goggles, viewing every play through the prism of Brexit. With something like Ryan Craig’s Filthy Business, however, one doesn’t have to work too hard to find flashes of the current climate. Or, at least, not when the play is discussing the immigrant experience; sadly, when it strays from that topic things start to get very, very messy.

Nearly everything is set in Solomon Rubber Co Ltd, a giant, appropriately dirty shop owned for decades by the eponymous family. Matriarch Yetta (Sara Kestelman) rules the roost not so much with an iron fist but sleight of hand, manipulating her sons, grandsons and daughters-in-law so that her single-store empire remains standing. Kestelman dominates every scene whether she is in it or not, casting a shadow that can’t be escaped; she is a dragon in the guise of a shuffling little old lady, her poisonous speeches about loyalty and family a fire that eventually grows out of control.

While the narrative twists and turns are deftly dealt out, Yetta’s machinations best act as a back-drop to Craig’s exploration of migrant identity. This is most prominently featured in the first act, as the Jewish grandmother’s historic struggles are mirrored in the new wave of Nigerian immigrants that work in her shop. Craig also touches on the tensions that can exist between different marginalised communities, with flippant references to WOPs and disparaging comments about Greeks throughout.

Director Edward Hall has spoken of the play’s contemporary resonance, how it taps into the Britishness “debate that rages around us as we stand on the brink of triggering of Article 50”. This is most forcefully felt when a graffitied anti-Semitic slur, complete with swastika, leads Yetta to exclaim that she has sweated “blood for this country” and that she’s “as British as anyone”. It is one of the sharpest lines in the play, causing four decades of history to collapse into one moment.

If only the rest of Filthy Business was as piercing. After the interval the narrative gets way too loose, rattling through Carry On farce, a series of sloppy scuffles and huge jumps in time to get to the finish line. There are also performance issues, slight stiffness in some clashing with mugging broadness in others. Kestelman aside, Dorian Lough fares best, his wiry, weak Leo unable to break the suffocating ivy that binds him to his family.

Filthy Business is at the Hampstead Theatre from 16th March until 22nd April 2017. Book your tickets here. 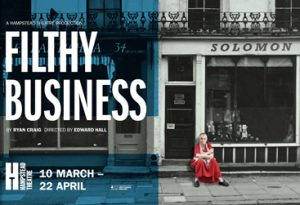