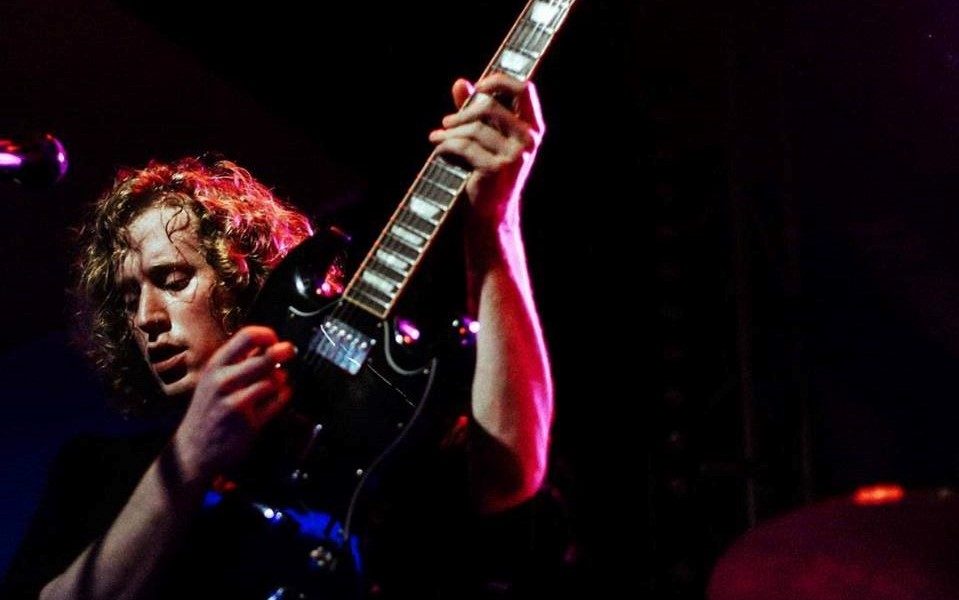 Spring King and Estrons at the Sebright Arms | Live review

I'm Not Your Girl, Mumma

Sebright Arms, a popular pub just off Hackney Road, recently took some time out to undergo refurbishing. To celebrate its relaunch, this week they’re having a host of live bands performing at the venue. For their Thursday 16th March show, Spring King and Estrons were brought in to kick things off.

Estrons put the bar high for the rest of the night. They’re a steadily rising Welsh band that dropped their debut EP, She’s Here Now, last November. In a recent interview with NME, singer Tali Källström was reluctant to call their music strictly punk. Genre classifications aside, Estrons opened with a heavy, energetic and remarkably polished set. Their performance was hard-hitting, and even if they don’t pander to the live audience, their gig was oddly transfixing and emotive. Estrons’ frontwoman combines a soulful approach to singing with a frantic headbanger aesthetic. I’m Not Your Girl, lyrically an unashamedly subversive song about relationships, was probably the highlight of their set. Despite being a relatively new group, Estrons put on a tremendous show and hopefully will continue to become more of a solid fixture.

If Estrons placed the bar high, then Spring King pole vaulted over it with an incredible and intense set. The Mancunian garage rock band released their debut album Tell Me If You Like To last year. Although they had been releasing music intermittently and touring for a few years, 2016 saw them signed to Island Records and playing on the Jools Holland show.

Their grafting has paid off well, because tickets to the intimate Sebright Arms gig sold out in only eight minutes. And barely moments into their opening song, Better Man, Spring King had created a powerfully contagious excitement. The audience sang along to every track, body surfing people every other minute and made a continuously growing, friendly mosh pit. Spring King gave a solidly tight and masterful performance with some beautiful guitar solos, and by the time they reached Mumma, they’d whipped the fans into a good kind of chaos. They also built up a genuine rapport with the crowd, with singer Tarek Musa leading the venue in singing Happy Birthday to a fan.

The Sebright Arms was a perfect venue for both Estrons and Spring King, delivering an intimate experience, whilst remaining true to the bands’ gritty undertones.

For further information about Estrons and future events visit here.

Watch the video for Mumma here:

I'm Not Your Girl, Mumma