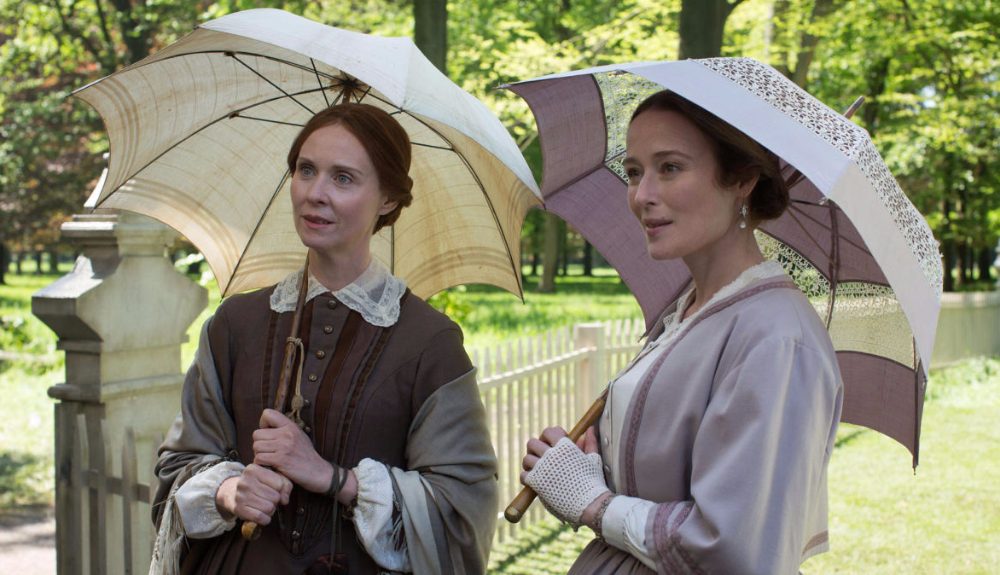 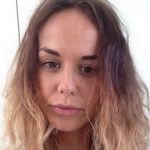 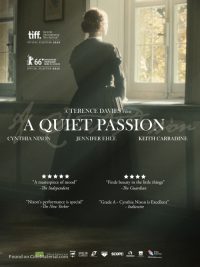 A Quiet Passion follows the story of 19th century American poet Emily Dickinson, from her time leaving education to adult life. Within the opening scene, audiences immediately gain a glimpse of the poet’s rebellious nature as she refuses to conform to the evangelistic teachings of her boarding school. A young Emily, played by Emma Bell, bears a striking resemblance to the only images of Dickinson available today, strengthening the verisimilitude of a well-chosen cast. After feigning illness, Emily is escorted back to her Massachusetts home by her father, brother and sister. After gaining her father’s permission to write during the night hours, this is where the protagonist spends the rest of her days, as a secret poet and recluse.

As the older Emily, Cynthia Nixon conducts an accomplished performance throughout – Nixon’s feistiness in previous roles being an ideal suit for Dickinson’s character – meanwhile the rest of the cast are mediocre. The insincere acting within the first 30 minutes would make any unfamiliar viewer wonder whether this film was, in fact, a parody.

Nevertheless, the driving force behind A Quiet Passion is understanding what it was like to be a woman in this time; Dickinson challenges the status quo by standing up for women’s rights, their freedom of speech and the ability to live a life as more than just an oppressed wife. Emily’s values intended to make a stand for feminism in the 1800s and Terence Davies certainly focuses his attention on this. The conversations the main character has with her audacious friend Vryling (Catherine Bailey) and the heated debates between her family – sister Lavinia (Jennifer Ehle), brother Austin (Duncan Duff) and father (Keith Carradine), make up most of the screen time, which becomes a little tiresome at points. The slow plot and long scenes reflect the nature of the subject, highlighting Dickinson’s isolation from the rest of the world.

A solid yet potentially tedious depiction of an influential female character who’s thoughts, values and poems were way ahead of her time.

A Quiet Passion is released in cinemas on 31st March 2017.

Watch the trailer for A Quiet Passion here: