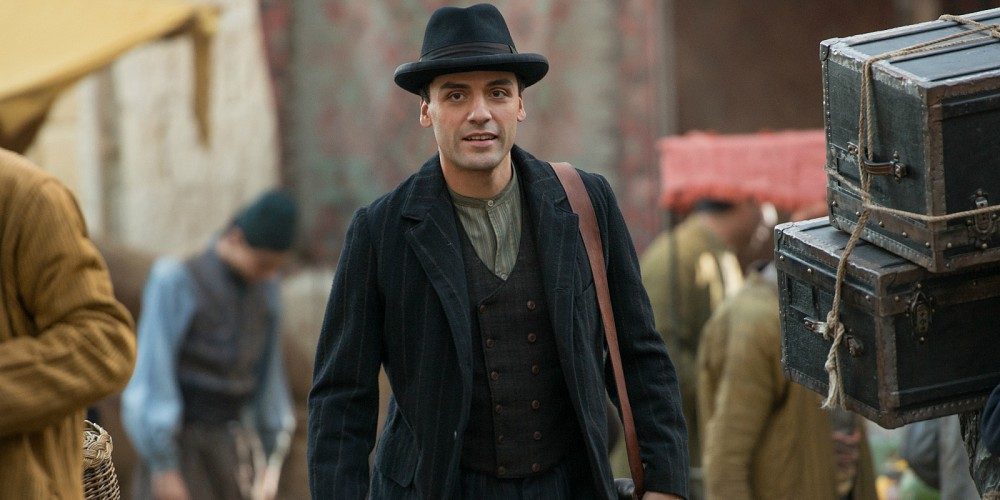 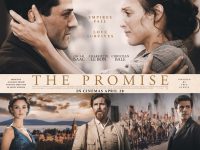 The final years of the Ottoman Empire and the Armenian genocide are hardly documented in 21st-century cinema, and Terry George’s The Promise has made a commendable effort to fill that void. It’s the first significant attempt that Hollywood has made at narrating the events during the early years of the First World War, including a genocide the Turkish government still deny ever took place. This sensitivity requires George to tread carefully, which is perhaps why he and Robin Swicord wrote the screenplay the way they did.

In the final days of the Ottoman Empire, Mikael (Oscar Isaac), an Armenian medical student, betroths himself to the daughter of a wealthy man in his town so he may travel to Constantinople. Whilst there and living with his uncle, he falls in love with Ana (Charlotte Le Bon), a French-educated Armenian woman who’s the mistress of an American journalist named Chris (Christian Bale). In a tangled, romance-loaded plot our main characters suddenly find a shadow cast over their lives as they are caught up in the horrifying genocide and on the run in a fight for survival.

Considering the sensitive topic at hand in the movie, it’s unsurprising that Terry George chose to place emphasis on family relations and love triangles over historical events. This “old fashioned” producing might have worked, but a lack of authenticity in the romance between Mikael and Ana reduces the intended effect of this structure, and subtracts from the little context offered on the atrocities taking place. The film’s message may have been more powerful had there been more focus on the history, rather than using a love triangle as a diversion.

However, there are stellar acting performances from the leads. The Promise gives Oscar Isaac an opportunity to showcase his acting abilities, and he’s fantastic as our Armenian protagonist who suffers the full extent of the genocide. Christian Bale also offers a brilliant personification of a western world that, once it’s had its blinkers removed, can see past the simplicities of war and understand the pain of those who suffer as a result. These performances, accompanied with some stunning CGI, mean that The Promise accomplishes what it set out to achieve. It offers a palatable history lesson around the relatively unexplored Armenian genocide, and although the plot may be hijacked by characters with relationship commitment issues, the movie suitably tells a story that needs telling.

The Promise is released nationwide on 28th April 2017.

Watch the trailer for The Promise here: