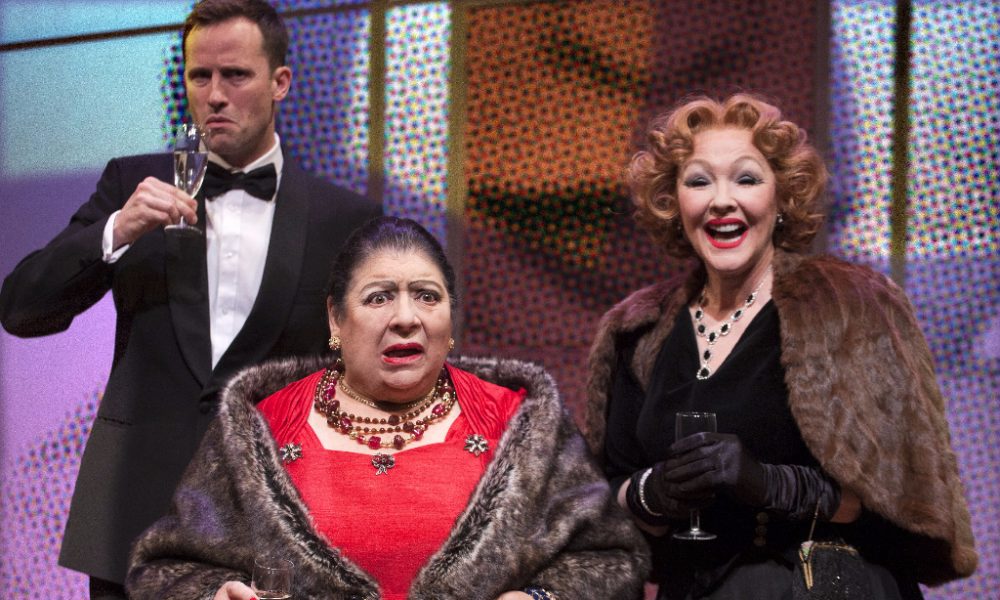 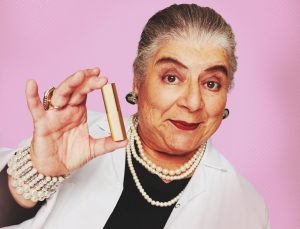 Taken from the true inspirational story of Helena Rubinstein, director Jez Bond presents Madame Rubinstein. A depiction of the latter years of the cosmetic entrepreneur, the play delves into the power struggles faced by the industry’s leading businesswomen, and also reflects on the very real struggle of feminism and the post-war period.

It’s 1950s New York. Advertising, fashion and cosmetics are beginning to experience a boom like none other felt before. Madame Rubinstein’s cosmetics and make-up empire is contested in a power struggle with rivals Elizabeth Arden (Frances Barber) and Revlon. With wire tapping, room bugging and more taking place, Madame Rubinstein (Miriam Margolyes) is approached by a young Irishman by the name of Patrick O’Higgins (Jonathan Forbes), who offers her the security she unknowingly requires. What follows is a journey through the decade, during which relationships are tested, family conflicts reach unsettling temperatures, and a large amount of alcoholic beverages and chicken wings are consumed.

The play itself is a witty and entertaining story about the strains of business and importance of money in life, (or so our protagonist believes). When following the guidelines of a real-life narrative, scripts can often suffer the fate of plot holes, or lack of plot at all, and sadly Madame Rubenstein falls victim to this also. However, this by no means means the piece lacks the entertainment factor. The sharp and witty lines of dialogue carry the plot through its intended destinations, and allow the audience to connect and relate to the characters on stage (as extravagant as they may seem!).

Margolyes is terrific as the Polish-Australian-Jewish Rubinstein, finding the perfect mix between class and madness. Forbes, who plays the businesswoman’s security guard, excellently portrays an individual suffering the consequences of fighting in the Second World War, and also enjoys his own subplot with the clash between his family and his sexuality. As for Frances Barber, the only criticism there is that she is not on stage enough! The set is mobile and minimal, leaving the space empty, but the three cast members certainly have no problem filling it with the wonderful costumes they gown throughout. In all, Madame Rubinstein is a colourful play performed by a talented cast, and with a little bit of flesh added to the plot, could well be a winner in the future.

Madame Rubinstein is at Park Theatre from 26th April until 27th May 2017, for further information or to book visit here.