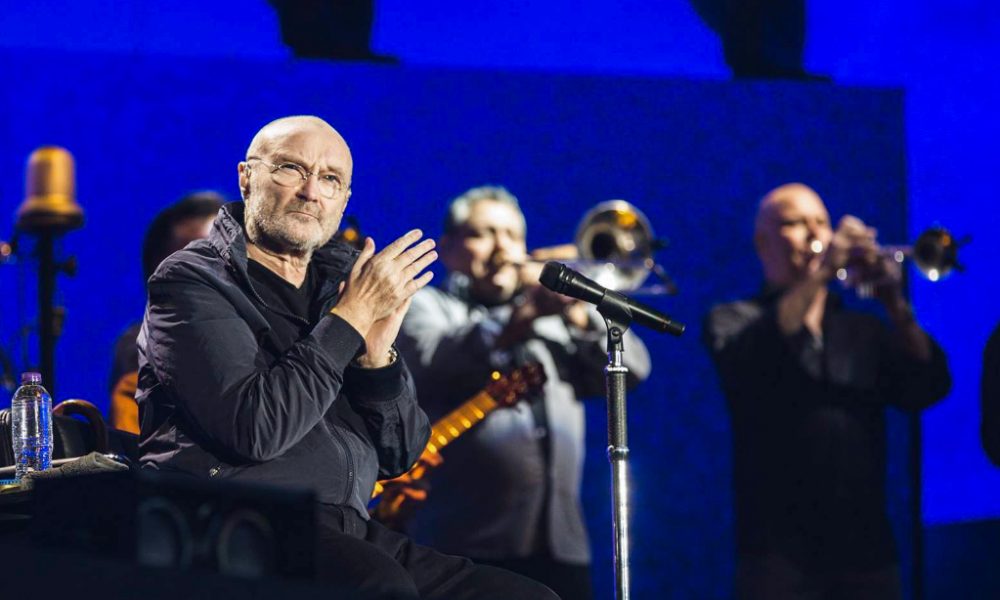 For once, it really did feel like British Summer Time at London’s annual music festival in the heart of the city. And it wasn’t just the failure of the forecast rain to show up but a stellar line-up of foremost sounds of the 70s, 80s and 90s with Mike + The Mechanics, Blondie and Phil Collins all hitting the urban festival’s Great Oak stage in just one afternoon.

The demographic of the audience may have been a mirror reflection of the musical era on display, but the hours worth of hits the artists performed was a reminder of the longevity of the music these legends created; songs that our parents loved, we loved growing up, and still sound as good live today.

Mike + The Mechanics already had the crowd crooning with classics like Over My Shoulder and The Living Years: “Say it loud, say it clear/You can listen as well as you hear.” Then it was the inimitable Debbie Harry who exploded onto the stage with 1979’s raucous One Way or Another, quickly followed by Hanging on the Telephone, and later Call Me, with brilliantly retro punk visuals setting off their unmistakable new wave sound. Donning black and orange striped horns, massive shades, dark lipstick, a cape-like jacket emblazoned with “Stop f**king the planet” as well as serious attitude, Harry was incredibly still oozing cool and rebellion 40 years on from the American band’s first UK number 1, Heart of Glass. Blondie treated the audience to some of their new music, such as Fun from new album Pollinator with Harry cheekily stating: “We were given lots of advice before we came on which in the ended contradicted each other. So we’re just going to play what we like to play, new things and old things…” 1997 track Maria, that marked the reformation of the band in the 90s, stood out in retrospect as one of the band’s finest songs. And while not every note was hit, it was the irreverence and edge of Heart of Glass that really seemed to epitomise the post-punk band’s, and Harry’s, incomparable allure.

Then time for headliner Phil Collins – who did not disappoint. Lured out of what he had planned as quiet retirement (Collins had not played live in a decade until this year) by the thrill of being back on stage, his performance was the perfect proof of the tongue-in-cheek title of his tour: “Not Dead Yet”. Despite being confined to a seated position for the duration of the concert, his still consistently on point vocals were filled with passion and authenticity, and a contagious energy held his stage presence on each and every one of his classic tracks. Boldy opening with award-winning 1989 track Another Day in Paradise, we also heard the Supremes cover You Can’t Hurry Love, a moving rendition of Separate Lives, Follow You Follow Me, backed up with oh-so-70s video footage from Collins’s Genesis days, and the band’s most successful song Invisible Touch. An old school professionalism and supremely British self-deprecating charm filled banter with his musicians and introductions to tracks, such as his favourite Wake Up Call from album Testify “who only three or four people bought”. Undoubtedly though, it was the intensity of Collins’s performance of the emotive In the Air Tonight, that had the audience truly captivated, with a camera closeup of the singer emerging from a darkened stage and held throughout, the song climaxing with alternating shots of him and his 16-year-old son hammering it out on the drums, a sign of the musical talent passing from one generation to the next. Going out with a bang, a full pelt Susidio had the entire park on their feet flinging warmed pinot grigio and loose limbs freely before being lulled home with Take Me Home.

An unforgettable afternoon filled with the stuff of music legend. 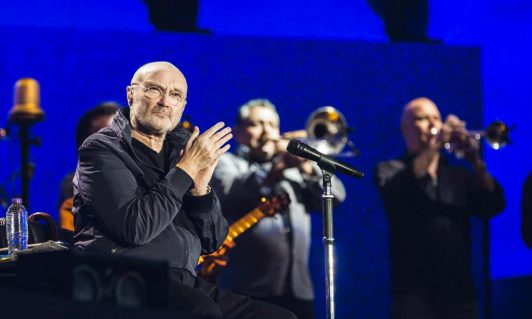 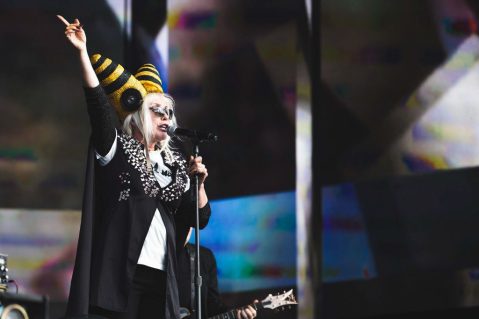