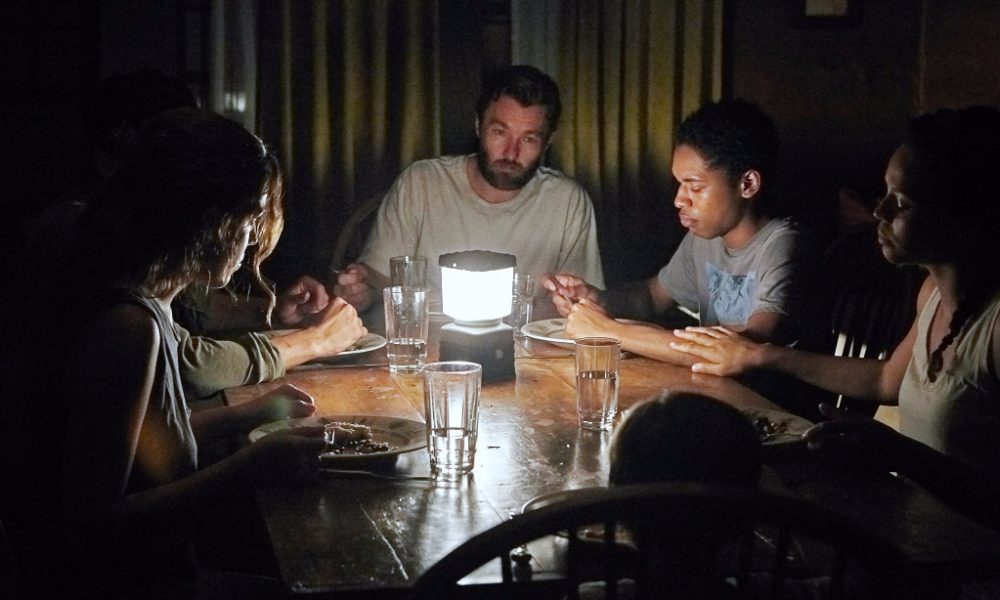 It Comes at Night | Movie review 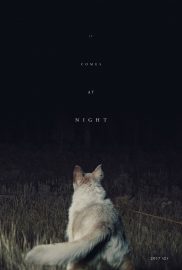 It comes at night: a slow, creeping dread, in which one’s basest beliefs are overwhelmed by a series of not-too-irrational fears, a set of surreal nightmares that simply dare to ask the question, “Am I a good person?”. Which, in turn, leads to the inevitable: “Are any of us good people?”. It’s what haunts teenager Travis (Kelvin Harrison Jr), the hero of Trey Edward Shults’s tight and suspenseful new film, which processes a familiar genre – the post-apocalyptic horror – through a strange, singular, and exceptionally human lens.

Travis lives with his parents, Paul (Joel Edgerton, at his brutish best) and Sarah (Carmen Ejogo), and his dog Stanley in a remote house in the middle of the woods. A mysterious disease has swept throughout America, the effects of which are felt in the opening scene, where Travis and Paul have to dispose of Sarah’s infected father. We see this man’s face in excruciating close-up, covered in boils, breathing with a terrible rattle; it’s safe to say that a gas mask can hardly protect Travis from the trauma of dousing his grandfather’s body in gasoline and setting him ablaze.

For while it would be a mistake to call It Comes at Night horror (as the trailers have unfairly sold it), it is more than a little horrifying, sporting a dark – and believable – insight into how “good” people can be pushed into doing bad, bad things. It’s about a desperate family in a desperate place, with limited food supplies and a general lack of security sending their exclusionist instincts into overdrive. So when Will (Christopher Abbott) tumbles through their door at midnight – apparently looking for supplies – they respond not with goodwill, but with shotguns and rope. Will eventually persuades Paul that he’s not infected, and they reluctantly allow his family, Kim (Riley Keough) and young Andrew (Griffin Robert Faulkner), to stay with them for a while. But a sense of distrust remains, with disaster never more than one (possible) misunderstanding away.

While the theme of a post-apocalyptic America, where fear, insecurity, and suspicion of thy neighbour rule supreme, is certainly relevant, it’s Shults’s direction that really seals the deal. Having invested a Thanksgiving dinner with the energy and urgency of a sports movie with his previous, Krisha, he generates a mood of throat-tightening tension from the word go, both through bold, basic technique – the image of Travis walking down a dark corridor with nothing but a lamp to light his way – and through considerably more complex misdirection. (Pay close attention to the aspect ratio.) Shults denies easy relief at all turns, never committing to much concrete truth, meaning that the audience – much like the characters – are left in a constant state of anxious paranoia.

This ambiguity has understandably irritated some audiences, as has the almost relentless sense of nihilism. (The ending makes The Road look like Shaun of the Dead.) But It Comes at Night is nonetheless rewarding, thanks in no small part to the strong performances, which leaven the mind-bending despair with notes of pathos and hope; Edgerton, in particular, has seldom been better. And like Robert Eggers’s The Witch – perhaps the closest point of comparison – the film is a gob-smacking demonstration of the talent and confidence that’s emerging in the American independent scene right now. Keep an eye on Trey Edward Shults – he’s a masterful filmmaker who’s only beginning to reach his stride.

It Comes At Night is released in selected cinemas on 7th July 2017.

Watch the trailer for It Comes at Night here: