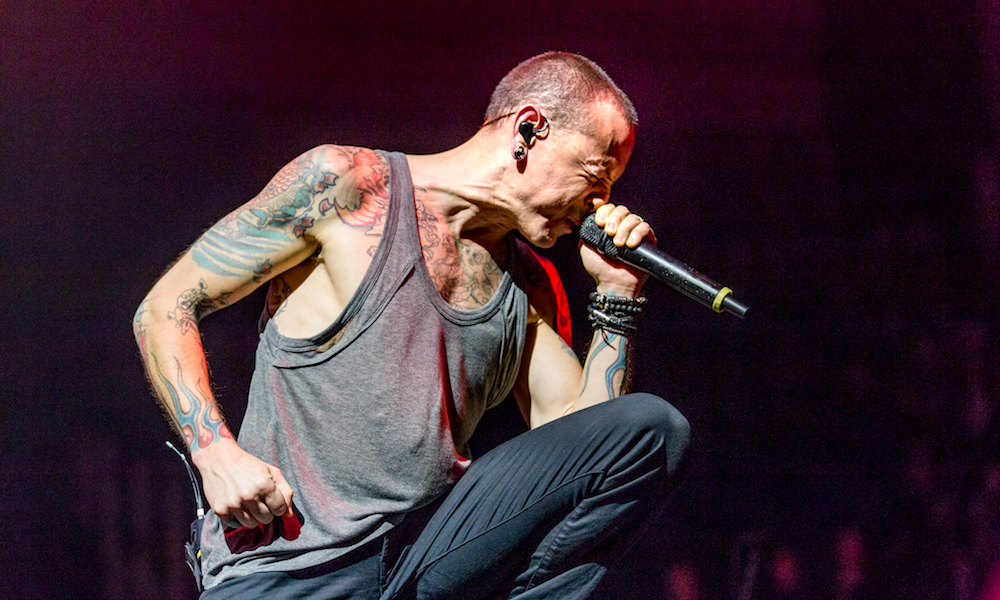 Linkin Park have inspired a generation of rockers. When they hit every chart in 2001 with Hybrid Theory the everlasting question was: what is nu metal? To me it was clear from day one, an “I don’t give a ****” crossover – which is what ultimately has become ordinary business in the music scene. Nu metal per se has not emerged as mainstream – Linkin Park are still the biggest act under that tag – but nowadays it’s much more common for bands and singers to encompass diverse (sometimes divergent) genres. In other words, they confirmed crossover was ok for major artists – as long as you do it with coherence.

The Californian rockers are in town for two nights at London’s two most celebrated venues: the gigantic show at the O2 Arena today and the more intimate (and possibly more high-octane) gig at Brixton Academy tomorrow. They open with Talking to Myself and it’s immediately clear they are one of those bands possessing a solid, unmistakable sound. From the instruments to Chester Bennington’s voice, everything is as you wanted – and more.

There’s a huge Union Jack in the middle of the stage, a tribute to a nation that always showed loyalty and respect for their music: in 2008 they played in Milton Keynes one of their most revered concerts, which saw Jay-Z joining them on stage, and also a DVD release. Bennington incites his fans, inviting them to “bounce up and down and lose your fucking minds”. And, in fact, the first roar comes right after with One Step Closer as he sings “I cannot take this anymore”.

It’s a mammoth set, 26 songs. Bennington’s voice shifts between melodic verses and screamed choruses, the dynamic that characterised his career; and the vocal chemistry with Mike Shinoda – rhythm guitarist, rapper and principal songwriter – is undoubtedly what makes Linkin Park Linkin Park. They, unsurprisingly, keep all the best duets for the latter part of the show, starting with Somewhere I Belong, then the super-hit In the End and finally Faint, clearly tonight’s fan favourite.

Halfway through the show the frontman sits on the top of the crowd barrier and sings a piano version of the heartfelt ballad One More Light whilst hugging a fan, who naturally captures it with a full-on selfie video. He continues with a stripped-down rendition of Crawling – again voice and piano.

The Transformers moments are some of the best: first New Divide then, later, What I’ve Done. Bennington praises his fans for taking them from their debut show at King’s College’s Tutu’s in 2001 to the O2. By that point, both Linkin Park and the crowd are so warmed up that everything they do just sounds and feels better. Unfortunately, they once again don’t play Iridescent, the third song featuring in the film saga.

The band’s coherence quivers a bit with some of the new tracks, especially on Good Goodbye (featuring Stormzy) and Battle Symphony – which aren’t received incredibly well. They don’t play them with particular conviction either. Sing-alongs, headbanging and moshing peak during the encore as Linkin Park perform Numb (Encore version intro) and Papercut. They end the concert with Bleed It Out, another brilliant duet between Bennington and Shinoda. It’s a flawless show from a flawless act. Maybe this excess of perfection is their only defect.