Instructions for American Servicemen in Britain at Jermyn Street Theatre 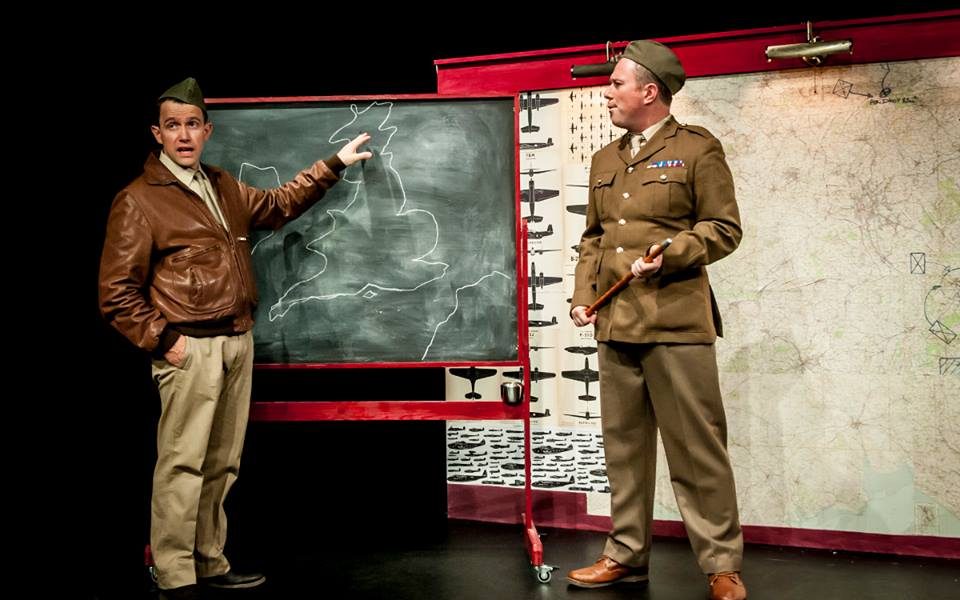 The British comedy sketch is a unique and delightful medium, a great escape from the stresses of life through sheer ridiculousness. Instructions for American Servicemen in Britain – performed brilliantly by The Real MacGuffins and directed by John Walton – combines this wonderful tradition with the contemporary trend of interactive theatre, engaging the audience as participants. Spectators are actors, which is a vital element of the show.

Taking place during WW2 after US troops have just arrived in the United Kingdom, this Monty-Python-meets-Saturday-Night-Live semi-improvisational piece explores that “special relationship” between the two nations with irreverently goofy stereotypes and schoolyard-style bickering. Based on a 1942 pamphlet for American GIs found by the comedy team in a shop, the work presents a rollicking cultural clash and a hilarious exploration of differences and rivalry as Anglo cousins try to find common ground. Including an ingenious scene with puppets consisting of a preposterous Hitler and sidekicks plotting ways to foil their enemies, the production very creatively pokes fun at everyone.

After a raucous night of bad behavior in a local British town that has resulted in havoc, the newly arrived US servicemen – that is us, the viewers – are admonished by a brash, growling colonel and a young sergeant who continuously corrects the commander’s gaffes and ramblings. Then follows the appearance of a wonderfully silly, gawky English officer in puffy shorts who decrees that the troops must pay for their debauchery with a crash course in British culture.

The cast of merry three exhibit brilliant comic talent as they artfully portray various superbly caricatured personas. James Millard is utterly convincing as the spunky young American officer who then morphs into the British official’s outrageously flirty, libidinous wife, as well as his whacky, overbearing mother. Dan March is priceless as the blustering, swaggering US colonel and the oddball, flaky, idiosyncratically posh cricket-obsessed English Lord. Spoofing the eccentricities of UK culture, Matt Sheahan is the marvellously bumbling British functionary explaining the traditional oddities of his homeland with charmingly absurd slapstick mirth.

Instructions for American Servicemen in Britain is at Jermyn Street Theatre from 3rd until 29th July 2017. For further information or to book visit here.

Watch the trailer for Instructions for American Servicemen in Britian here: 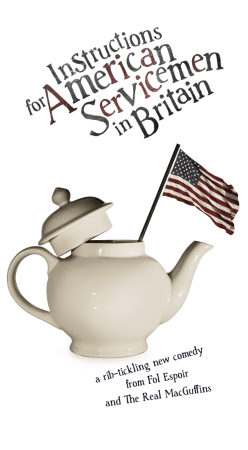 Instructions for American Servicemen in Britain

“The stage is a safe place to be, real life is a little more daunting”: An interview with award-winning Cabaret performer Michael Griffiths
Kentarō Kobayashi’s Mr Potsunen’s Peculiar Slice of Life | Theatre review