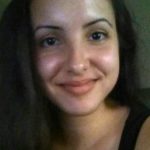 Kentarō Kobayashi impressed us tonight with his comic skills and extraordinary imagination as Mr Potsunen and his more than peculiar slice of life. The minimalistic stage made his Japanese origins and inspiration clear throughout his performance. The sweetness of his exploration and the discovery of its outcomes made the 80-minute play fly by.

We got to know from the very beginning of this theatrical piece that Potsunen is a very lonely man, with no friends. His eccentric pursuits dominated all the plot, keeping it entertaining, upbeat and delightful. As a performer, illustrator and playwright, Kobayashi enjoys employing all his skills in his artistic endeavours, and this was no exception. The journey of Potsunen was shown through his own creations through the use of videos, illustrations, acting – of course – and several sketches, all realised in a black and white.

Music played a very important role in the performance, and it relied mainly on a catchy piano melody that repeats itself until the very end. The supporting actor deserves a mention too. Although a solo performer, Kobayashi counted on Daisuko Minami to play animated objects and develop every interaction.

This is not the first one-man show from the Japanese artist, he toured in France in 2012 winning praise from the critics. It’s the second time Mr Potsunen is London after a successsful sold-out stint at the Leicester Square Theatre in 2015, and also in Europe. The show, though, had its debut in Tokyo more than ten years ago.

If you are in the mood for a feel-good, pleasantly surprising evening, you should check Mr Potsunen’s Peculiar Slice of Life at the Coronet before the 8th of July.

Mr Potsunen’s Peculiar Slice of Life is at Print Room at the Coronet from 5th until 8th July 2017. For further information or to book visit here. 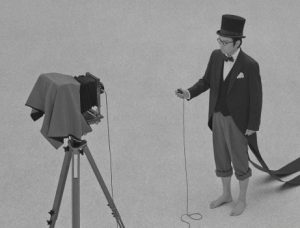