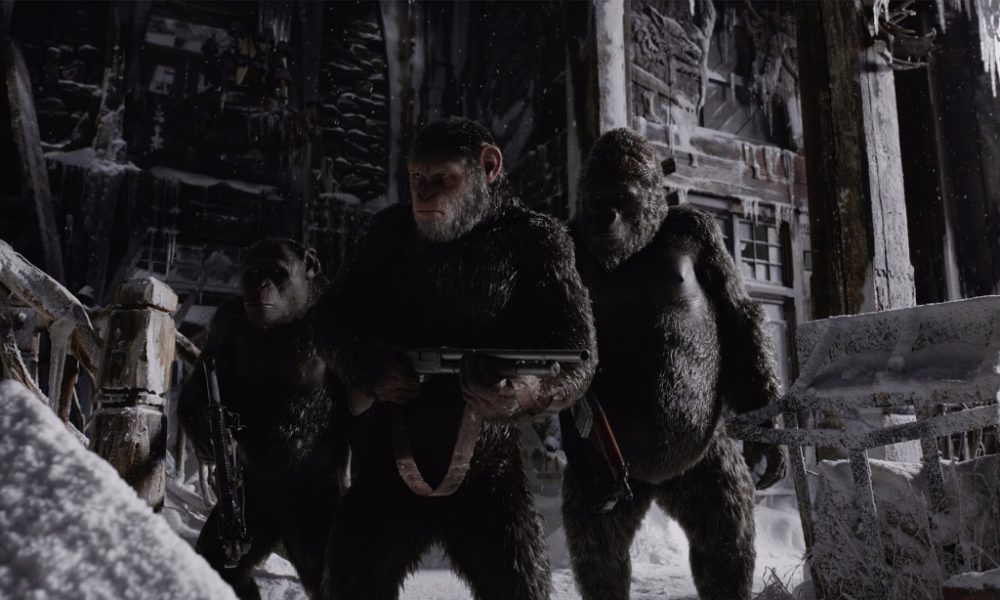 War for the Planet of the Apes | Movie review 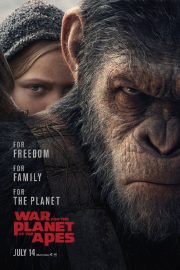 Having risen from their humble beginnings into the dawn of a bleak new world, the apes are back, this time for war. They’ve come a long way since Rupert Wyatt’s light but surprisingly competent franchise builder; the technology has improved, the mood has darkened, and the focus has sharpened, bringing the primeval metaphor of apes versus humanity firmly to the foreground.

Since super-intelligent simian Caesar (Andy Serkis) led an uprising against his oppressors, it’s been a long, mostly logical road towards apes becoming a new breed of human, and humans themselves cultivating the survivalist savagery of, well, apes. And in order to make the most out of this grand finale, War for the Planet of the Apes pillages the past for inspiration. With its opening sequence of graffitied soldiers’ helmets and barrages of explosive ordinance, it’s clear that this is Matt Reeves’s take on Apocalypse Now – a parallel made explicit not just by Woody Harrelson’s Kurtz-like villain, but by graffiti scrawled on a wall that reads “Ape-ocalypse Now”.

Yet the plot, in which the apes’ guerrilla woodland force is targeted for extermination by Harrelson’s rogue squadron, borrows from plenty of other sources. Sequences in which Caesar, flanked by orangutan Maurice (the brilliantly expressive Karin Konoval) and chimpanzee Rocket (Terry Notary), treks through the snow on a mission of revenge is straight out of a Clint Eastwood western; whereas the second half of the film, set behind the bars of an army compound, could easily be called “Escape from Ape-catraz”.

This is an epic, old-school war movie, with plenty of brain and brawn. But the strength of this feature  – this franchise, really – when compared to other blockbusters is the clarity of its emotional stakes, its classical, considered compositions, and a refreshing sense of earnest gravitas – not easy in a film where most characters communicate through sign language. The grounding element is clearly Andy Serkis, who really does deserve an Oscar by now; he completes his best work yet here as Caesar, the newest innovations in technology ensuring the nuances of his expression come through clearer than ever. But credit also goes to Reeves and co-writer Mark Bomback, who manage to balance the weightier themes of the Apes-verse – at its core about our ability to overcome racial prejudice and empathise with the Other – with some spectacular snowbound set-pieces.

Harrelson, too, gives a nice turn as a villain whose derangement is not quite as clear-cut as it seems. Short bursts of humour are relatively welcome, though a comic relief monkey called “Bad Ape” (Steve Zahn) quickly grates; and some of the scenes involving a young mute girl (Amiah Miller) are sentimental and cringe-worthy. Still, the fact that mythology is secondary to character and emotion puts War for the Planet of the Apes way ahead of most other blockbuster fare, and establishes this trilogy as one of the best of recent times.

War for the Planet of the Apes is released nationwide on 11th July 2017.

Watch the trailer for War for the Planet of the Apes here: