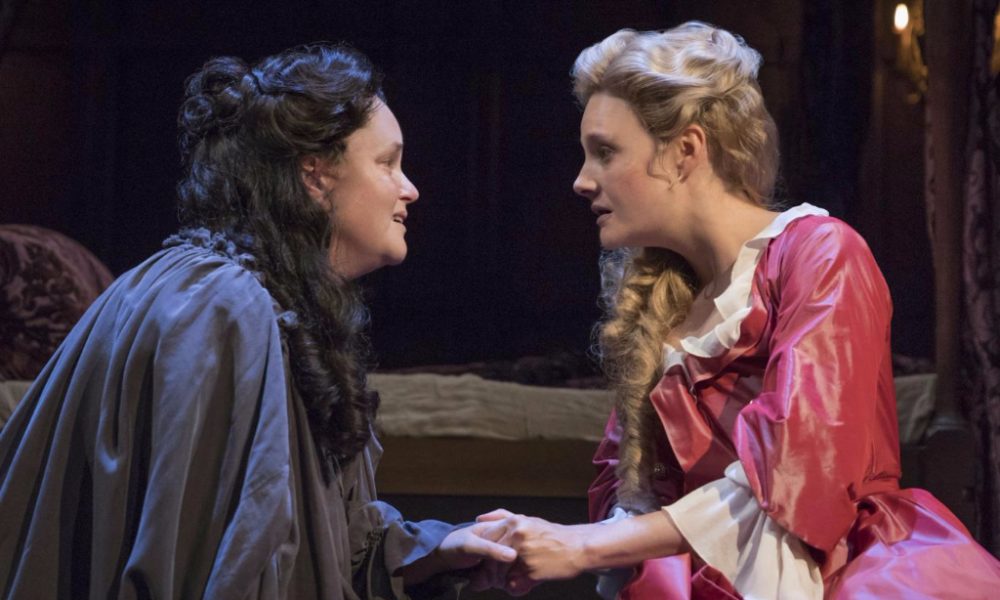 After a phenomenally successful season at the Swan Theatre in Stratford-Upon-Avon, the Royal Shakespeare company’s Queen Anne is gracing the stage in the West End. The 2015 piece, written by Helen Edmundson, explores the relationships and reign of a queen bestowed with a tainted throne, during some of the greatest struggles the monarchy has ever witnessed. Focusing on internal wars between friend, foe and politics, the RSC’s Queen Anne is an intense and hostile depiction of the political environment of the 18th century.

It’s 1702. The reign of the Stuarts is growing more unbearable by the year, both for the public and for the monarchy. War is brewing across Europe, and England is being sucked into its grasp. A weakened princess, Anne (Emma Cunniffe) is suffering from yet another miscarriage, and her ascendance to the throne is becoming ever more a reality. She is under immense pressure from her influencers, and no less from her close friend Sarah Churchill, the Duchess of Marlborough (Romola Garai). In an 18th-century periodical game of thrones, the Duchess of Marlborough targets her old companion in a search for political and military superiority, removing anyone in her way.

The play is without a doubt gripping and the set contributes to this element. Set and lighting designers Hannah Clark and Charles Balfour have been ever so faithful to the period in which Queen Anne is set, with darkened lighting and minimalistic, mostly wooden set pieces. This loyalty is also shown through the costumes and music used in the piece, and the audience are even treated to joyful renditions of folk songs similar to those that would have been sung and performed during the era. These songs do come as some much-needed comic relief, since the script itself involves immense passages of dialogue, often between two people. With some lumpy scene changes, in which one character would usually leave the stage to be replaced by another, the onus is on the cast members themselves to bring the script to life.

Needless to say, in true RSC fashion, the performers out-do themselves. The ultimate strength of the play lies with the two leading ladies. Although portraying two very complex and intricate characters, both Cunniffe and Garai clearly have an incredibly established understanding of their real-life counterparts and their struggles during the queen’s reign. Both ladies excellently demonstrate their characters’ exterior motives and developments, both mentally and physically throughout. The cast in their entirety bring the true story of one of Britain’s forgotten monarchs to life, and although arguably a little long, this clashing of two incredibly powerful women is one for the viewing.

Queen Anne is at the Theatre Royal Haymarket from 30th June 2017 until 30th September 2017. Book your tickets here. 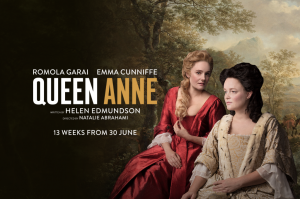