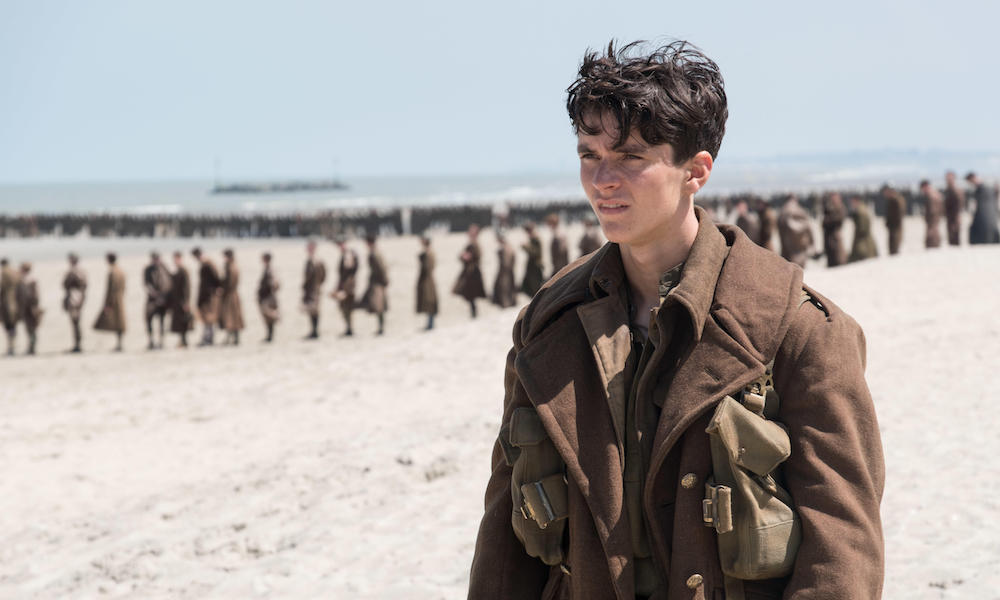 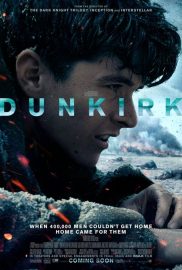 Christopher Nolan’s epic Dunkirk moves like a great machine. It ticks and clunks and whirs, but most importantly, it roars – the bassy rumble of its huge 70mm presentation literally shaking you into submission.

And “submission” is perhaps the best state of mind to approach Dunkirk. The rare indie critical darling-cum-studio director whose idiosyncrasies have actually deepened as a result of their newfound budgetary access – with angst and convolution taking priority over humour and ambiguity – Christopher Nolan has amassed such critical and commercial capital that any kind of dissent seems fruitless. Yes, they might be pretentious, they might be filled to the brim with clunky, endlessly expositional dialogue, but there is something nonetheless large and powerful about his traditionalist cinematic instincts that can batter away such niggling concerns for the greater proportion of the cinema-going public.

Yet even the most devoted of Nolan sceptics might find themselves bowled over by Dunkirk, at least in its opening sections. Eschewing any kind of exposition aside from a few cursory intertitles, it plunges us straight into the experience of Tommy (Fionn Whitehead), whose pleasant stroll along a street, raining with propaganda leaflets, is cut short by the deafening crack of German fire. We never see the men behind the guns – we just follow Tommy, as he scrambles over a fence, past a blockade of French soldiers (who mistakenly fire upon him) and onto the beaches of Dunkirk. He spots a fellow soldier burying a man in the sand. Who are these two? A title appears: “The Mole.” Are they Germans in disguise?

We don’t have time to find out. We’re whisked off, back to England, where Mr. Dawson (Mark Rylance) and a young boy called George (Barry Keoghan) are setting off across the channel in their tiny houseboat. Then we’re up in the air, with pilots Peter (Tom Glynn-Carney) and Farrier (Tom Hardy). And as Nolan cuts between these three strands with rapid intensity, it’s thrilling to find out that we’re supposed to be as confused as these characters are. Devoid of context, the base elements of war – Hoyte Van Hoytema’s gorgeous compositions are paired with a present-tense, Battle of Algiers-style handheld intensity – are physical, visceral, and hugely effective, a barely choreographed cacophony of chaos that finally answers the question, “What if the D-Day sequence of Saving Private Ryan was stretched to feature length?”

A plot of sorts eventually has to emerge, and anyone familiar with their wartime history will know that there is a patriotism-inspiring narrative to the Dunkirk disaster. (Or was it a success?) Nolan puts his hand print on actual history by playing with chronology – sometimes to interesting effect, sometimes just to show off. The thread of finding order amongst the chaos is compelling, as is the naturally inspiring fight for survival – which, at one point, gives way to a surprisingly relevant discussion on Britain’s relationship with Europe.

Unfortunately, these get drowned out by the incessant noise of the Dunkirk machine which, for all its power and brawn, never knows when to be quiet. Part of the blame should be laid at the feet of Hans Zimmer, whose contemplative soundtrack to Terence Malick’s The Thin Red Line (a clear, admitted influence on Nolan’s project) continues to tower over his cranked-up-to-11 later work; the tick-tick-tick functions well enough in the early stages, but contributes to a numbing effect, as insufficient variations on the carnage of war reveals the unrewarding bloodlessness of these characters. (Only Mark Rylance registers as a human being.)

But if Nolan’s always worked this way – treated his characters as pawns in his game of technical showmanship – then Dunkirk will likely go down in history as one of his greatest accomplishments, a stunning slice of elemental spectacle that makes up in raw power what it lacks in discipline. If you can, see it on IMAX – it’s the kind of film where size really does matter.

Watch the trailer for Dunkirk here: