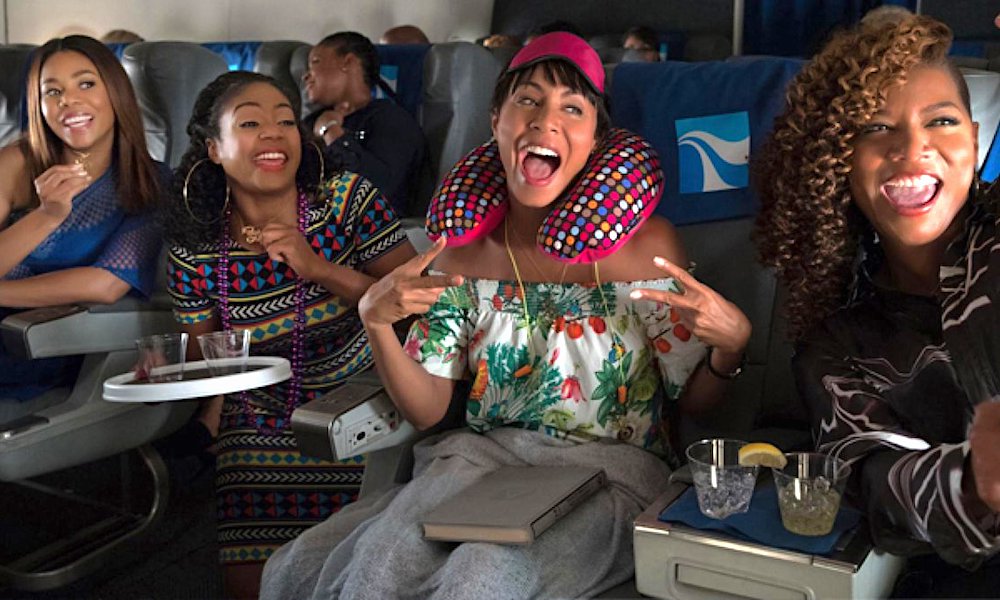 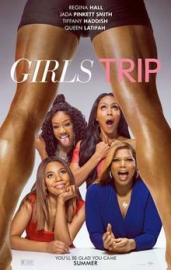 This we know: women are taught to try to “have it all”. This we also know: it’s impossible. The tension, comedy and poignancy arising from this contradiction perhaps explain why Girls Trip – despite being somewhat predictable in plot – feels, overall, deeper and more meaningful than recent films of its genre.

The comedy stars Queen Latifah, Jada Pinkett Smith, Regina Hall and Tiffany Haddish in the lead roles. Four best friends – known in college as the “Flosse Posse” – reunite and rekindle their dwindling friendship during a trip to the Essence Music Festival. Life has taken them on different paths since college. Lisa (Pinkett Smith) is living with her mother and two kids; Sasha (Queen Latifah) is struggling to pay her rent as a gossip columnist; Ryan (Hall) is having marriage woes; and Dina (Haddish) has just lost her job and threatens to ruin the trip more than once. The cast improvised a lot of the dialogue and action, showing that this film was not devised by a male screenwriter. Director Malcolm Lee stated in an interview with the Hollywood Reporter: “In terms of sex talk, this is what women talk about and we’re getting an inside glimpse of that.”

Girls Trip is a routine adventure film set overseas with a party that nearly wrecks the day. In recent years, movies such as The Hangover, Bridesmaids, Snatched and Rough Night have been very similar, and here we see familiar character types, structure, and disaster scenes owing to the hallucinatory deliriums set on by alcohol. Rather like The Hangover, this feature offers a comedy of types, a kind of Freudian allegory (a term applied to The Hangover by the New Yorker’s David Denby in 2011). Just as we had Bradley Cooper enacting the ego, Ed Helms the superego, and Zach Galifianakis the id in that picture, here we have Dina enacting the ego, Ryan and Sasha the superego, and Lisa the id. The characters embody, simply, aggression, caution and stupidity. Yet part of the fun here is the women’s amazed discovery of one another’s capabilities. So though Girls Trip can seem repetitive, equally, it feels revelatory. Unlike movies where someone is about to get married, Ryan is already unhappy in her marriage, but is afraid to express this, for it would counter the “you can have it all” message she propounds as a self-help guru and best-selling author.

In a way, Girls Trip is an inversion of the romantic comedy trope – usually such films are about getting the guy, and the role of female friendship takes a back seat. Conversely, Lee’s picture is about learning the values of friendship, independence and self-respect. Under the American filmmaker’s direction, indecency adopts a kind of warmheartedness. Likewise, the leads exude affection both for one another and for their sometimes-puerile characters. It is about race and feminism, but it employs comedy rather than a tone of upset as a means to relate that message. By the end, without giving anything away, an exhausted Ryan reaches her conclusion after chanting: “I am powerful. I am strong. I am beautiful”.