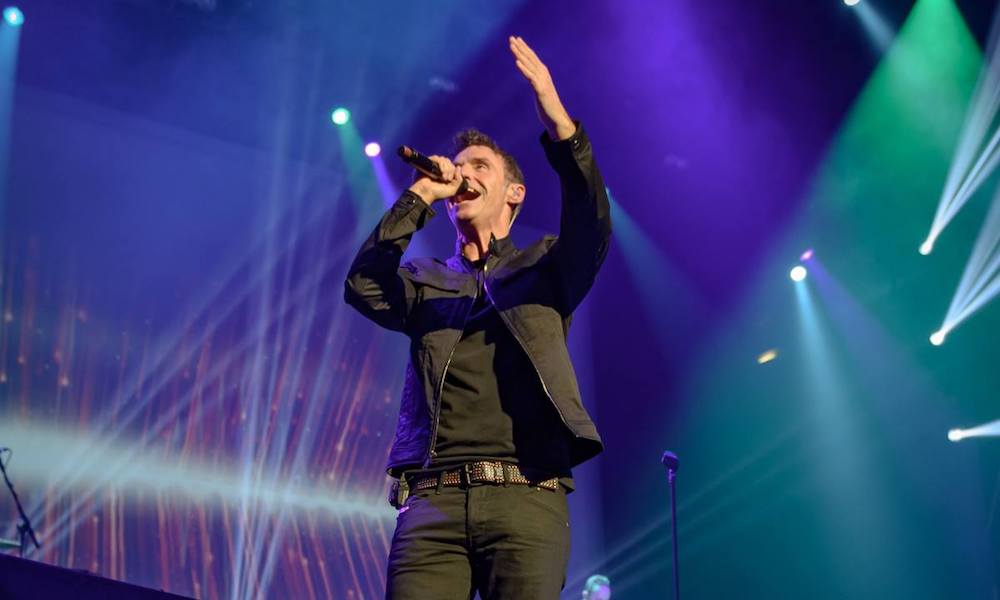 Goodnight Girl, With a Little Help from My Friends

Wet Wet Wet celebrated the 30th anniversary of their debut album in style at the Hammersmith Apollo. Remarkably, three decades have now passed since the Scottish quartet – and unofficial “fifth member”, guitarist Graeme Duffin, part of the fold since 1983 – released Popped in Souled Out, an impressively assured collection of pop/soul tunes that still sounds great today.

Friday 14th July 2017 was also the first time in 30 years that the band had played this popular venue in West London, bass player Graeme Clark later revealing that it was on the night of the Great Storm of October 1987. “We were just talking about that [the fact that it’s been 30 years] backstage,” said singer Marti Pellow in his strong Glaswegian accent a few songs in, “and we’re just as happy to be wi’ you tonight.”

The screaming for Pellow was deafening when he appeared – dressed in black and wearing sunglasses – following bandmates Tommy Cunningham (drums), Neil Mitchell (synthesisers) and the two Graemes out onto the stage. A three-piece brass section completed the lineup. The audience all stood up as soon as the singer came out and remained standing for much of the show.

The opening three songs, Wishing I Was Lucky, Sweet Little Mystery and Angel Eyes (Home and Away) – all from their debut album – were outstanding and received with wild enthusiasm, not just from people of a certain age who remember the Wets from 30 years ago, but from younger people as well.

Alongside these and other bona fide classics, such as Temptation, Somewhere Somehow, Julia Says, Sweet Surrender and Goodnight Girl, some of the other songs in the set seemed a little mediocre in comparison and had many members of the audience sitting back down.

Talking of Goodnight Girl, a self-penned number-one hit for the group in 1992, Pellow got the crowd passionately singing along on the chorus, a moment which, when the band stopped playing and only voices could be heard, sent a shiver up the spine. “Yous are getting louder!” he said as the audience participation continued.

Pellow is a real showman and his voice still has that dynamic, soulful edge which helps ensure that Wet Wet Wet remain a must-see live act. The other guys in the band provided solid backing throughout and occasionally addressed the fans. “Thank you for making our dreams come true,” said Tommy Cunningham, while Graeme Duffin, referring to his status as an unofficial member, joked: “In case anyone didn’t realise, I’m the new guy in the band!”

The Wets’ other two number ones, The Beatles’ With a Little Help from My Friends and The Troggs’ Love Is All Around (number one for a staggering 15 weeks in 1994) were played either side of the encore, again resulting in near-euphoria.

The group was on top form tonight and anyone attending any future gigs beyond this short three-date tour – which began at Rochester Castle on 12nd July and concluded on the 15th at Edinburgh Castle – is in for a real treat.

Goodnight Girl, With a Little Help from My Friends