An Injury at the Ovalhouse 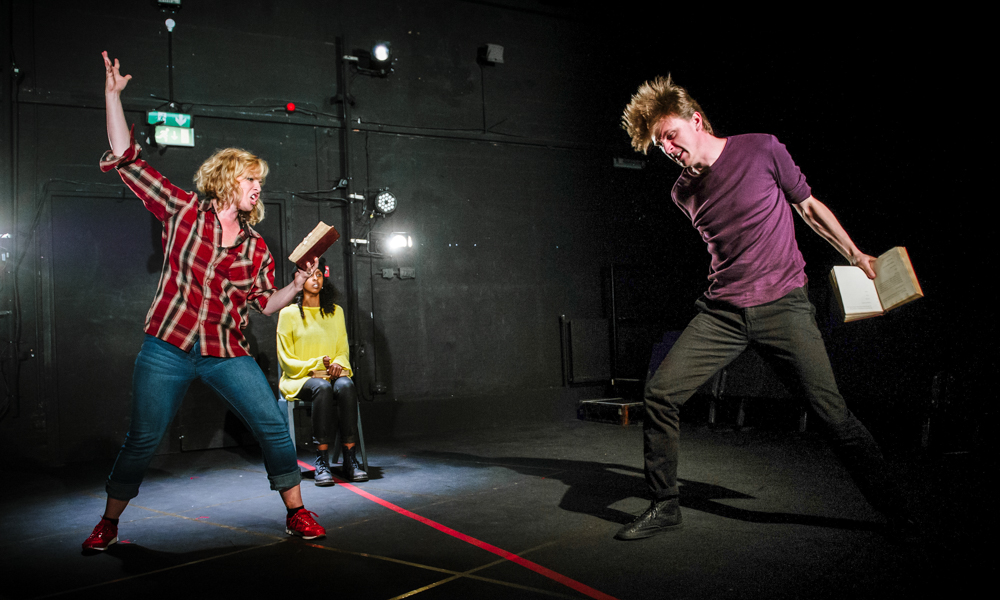 An Injury at the Ovalhouse | Theatre review

Experimental theatre comes with a heavy bag of risk that can either turn into magic or weigh down the experience. It’s not that Kieran Hurley’s An Injury lacks substance, but the delivery is so disjointed and confused that whatever the message is, it is only expressed in fleeting moments of clarity that are, unfortunately, also characterised by rhetoric.

Four characters fight their way into the world, each with his/ her own struggles. There is Danny the writer and the little girl Isma, and then Morvern and Joe – all of them somehow affected by violence, from the outside and from within. Snippets of conversations give the spectators clues about the troubles that torment the four. The cast wear casual clothes and the stage is empty bar four chairs and a sculpture hanging from above, resembling a large metal heart.

The audience is taken through the script by the actors: they do this by actually reading out from it most of the time. The scripts are disguised as books that they hold in their hands throughout the performance. Stage directions and dialogues are mixed together as the four performers deliver the lines at high speed. There is hardly time to assimilate descriptions and mentally enter a new setting before it changes. The characters are impersonated by different actors at different points, adding to the sense of disorientation. The scenes are divided by white noise, bright lights and a cast member calling: “Zoom out!”. This gets very repetitive after a while.

Hurley and director Alex Swift have previously worked together on Heads Up, and their ongoing exchanges have given birth to An Injury after a two-year gestation period. Indeed, the play feels like a private affair that the two and their performers perfectly understand, but whatever motivates the project is not divulged. From the body language that sees the characters often face each other in a circle, to the vague storytelling and the reading from the script, what the audience witnesses looks like a very long and elaborate workshop by people who have no interest in communicating with them.

From quoting Marylin Monroe to reading out a very long list of deceased people, when An Injury is not alienating its specators it is often banal. If theatre is about giving and taking, the Ovalhouse audience here gives their full attention for 90 minutes and gets very little in return, even though the play does seem to possess something, somewhere.

An Injury is at the Ovalhouse from 18th until 22nd July 2017. For further information about An Injury or to book visit here. 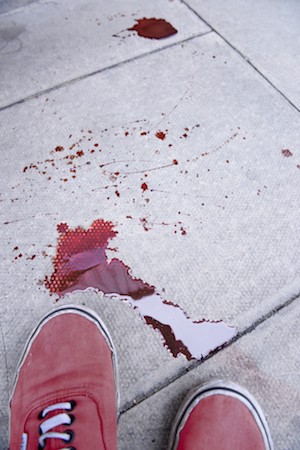