We Live by the Sea at the Greenwich Theatre 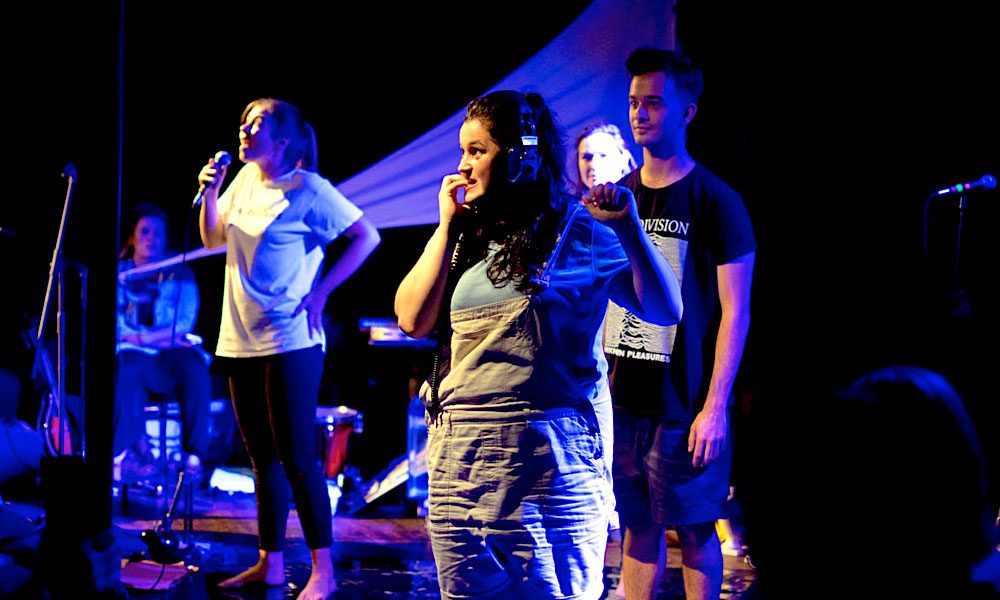 We Live by the Sea at the Greenwich Theatre | Theatre review 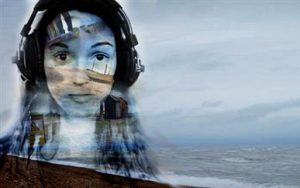 We Live by the Sea

Patch of Blue’s disarming play draws us into the world of Katy, an autistic 15 year old. It’s a disorienting one, in which everyday noises can become a terrifying cacophony, facial expressions are indecipherable code and people say things that don’t make sense. But it’s also a beautiful one, in which colours have personalities and all objects have a name.

Devised alongside the National Autistic Society, We Live by the Sea is a studied and nuanced portrayal of an alienating disorder. Katy’s visceral experience is depicted by flashing light bulbs and a fragment of screen projected with memories, while live music and song are provided by on stage musicians.

Naturalistic dialogue sets a warmly familiar tone, especially Katy’s complete and endearing vocabulary. The favoured phrase “it’s a lovely thing” is uttered at little words or food that make her beam. She’s unable to understand idioms, so her sister’s complaint of “freezing my tits off” gives her cause for puzzlement. Other gems include her critique of Snoop Dogg’s lyrics: “I don’t know why you’d drop it if it wasn’t hot, because it might get broken.”

Above all it’s Alex Brain’s portrayal of Katy which hooks the audience. It’s a masterpiece of finely tuned observation. Her thoughts come out in a rush of words and she is childlike when emitting little screeches of ineffable delight. Her anxiety is all-consuming. When she screams it’s skull-invading, deafening. As a spectator you feel pushed away and frustrated. She evokes panic almost as often as she draws the audience in. Along with her we swing from euphoria to devastation.

The play lightly touches on the poor funding for special educational needs and disabilities (SEND) children at state-funded institutions. Katy goes to a mainstream school which has withdrawn its support staff, meaning that she flounders trying to keep up with the other kids. It’s a conversation that needs to be heard.

Unsurprisingly, We Live by the Sea has picked up a raft of awards and nominations at the Edinburgh Fringe and the Adelaide Fringe. To watch is to be lost in the storm with Katy, but also to recognise her enviable position of honesty. She’s never afraid to say what she’s feeling, or to run fully clothed into the sea, or to fill the sky with her howls of sorrow.

We Live by the Sea is at the Greenwich Theatre from 14th until 29th July 2017. For further information or to book visit here.

Watch the cast chat about We Live by the Sea here:

We Live by the Sea