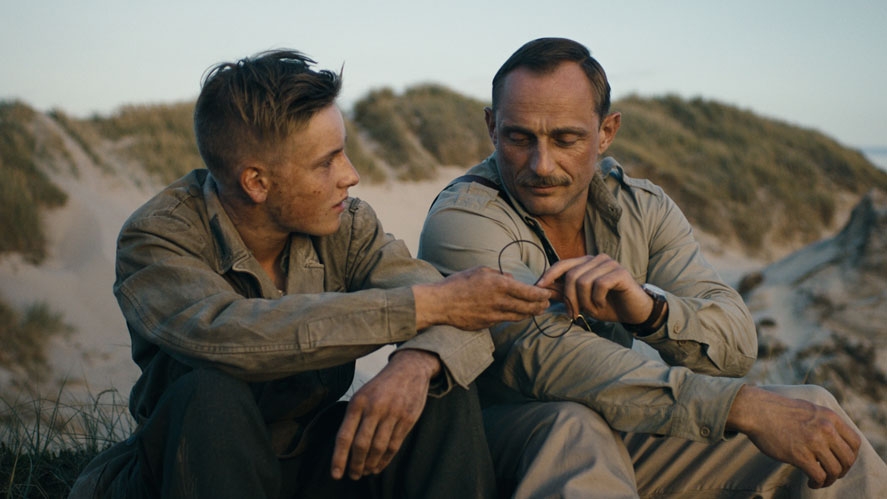 Land of Mine | Movie review 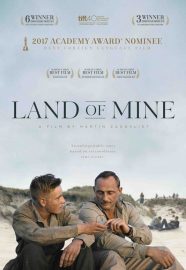 Danish writer-director Martin Zandvliet’s penetrating study into Denmark’s dark post-WWII history is destined to be a classic piece of war cinema. Under Sandet (Land of Mine) delves into the recovery efforts of 45,000 landmines – of the 2.2 million that were buried on Denmark’s West Coast – by young German POWs, some of whom look as young as 13. Sergeant Carl Rasmussen (brilliantly portrayed by Roland Møller), whose first scene depicts him as a vicious Dane hell bent on punishing German soldiers, later softens as he supervises 14 boys tasked with digging out the mines by hand. Rasmussen promises the young men that they’ll be sent home once they recover 45,000 mines, which is reminiscent of the “Arbeit Macht Frei” slogan (work sets you free) that was at the entrance of Nazi concentration camps.

This film is a testament to the powerful emotions of revenge and compassion that drive individuals. Although Denmark is famous for children’s fairy tales, this story of teenage POWs is not internationally well known. It’s impossible to understand how the Danish state condoned such brutal war crimes on children. The levels of depravity reached during war by the “winners”, aka “good guys”, often continues the unnecessary cycle of violence.

The opening credits vanish quickly into a smoky fog while someone’s heavy panting is heard, which foreshadows the fate of many of these youngsters. One false move and suddenly they’re up in smoke. The combined efforts of the 16-member sound department really heightens the tension to a level that is unparalleled. The exact and piercing sound of slowly unscrewing explosive devices and subtle noise of digging up sand makes Land of Mine such an intense watch, putting knots in one’s stomach.

Camilla Hjelm’s superb understanding of lighting is utilised in her role as Director of Photography. Her gorgeous shots exquisitely track the emotional journey of Rasmussen and the boys. The natural movements of the camera when mixed with the flawless and stirring instrumentals composed by Sune Martin provide an overwhelming cinematic experience. Martin’s score highlights these life-threatening situations; the scenes revolving around twins Ernst and Werner Lessner (Emil and Oskar Belton) are particularly devastating.

Although this is a Danish feature, most of the dialogue is in German, which is a relief as too often pictures portray foreign people not speaking their native tongue. It comes as no surprise that Land of Mine has won quite a few international best film, best director and acting awards. Zandvliet has made a unique and emotionally gripping anti-war statement that is destined to become a classic, and will surely stay in one’s mind for quite some time.

Land of Mine is released nationwide on 4th August 2017.

Watch the trailer for Land of Mine here: