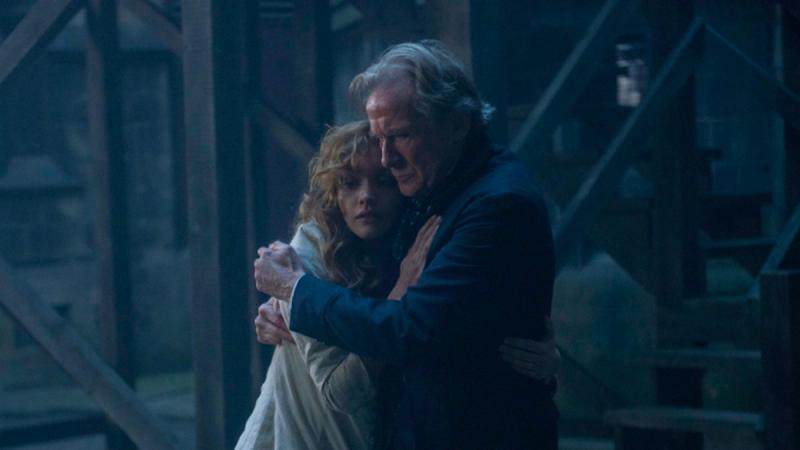 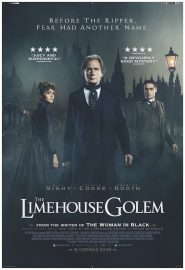 Set in the Limehouse area of Victorian East London – malevolence wafting through the groggy fog of the darkened streets – The Limehouse Golem is a refreshing twist on the conventional 19th-century London Ripper-esque thriller. The film tells the story of a recently promoted (covertly gay) police inspector, John Kildare (Bill Nighy), and his investigation into the “golem” killings, murders attributed to a mysterious Talmudic mythology. It is a gruesome case, made even more unsettling by the dimly lit, rotten streets of the East End, the eerie docks and, most of all, the “observers” of Victorian England society – those who prefer to witness a crime scene for free rather than pay a shilling to see a theatre show. As the Latin phrase that Kildare decodes states, “he who observes spills no less blood than he who inflicts the blow”.

Kildare traces the phrase back to Thomas de Quincey’s On Murder Considered as One of the Fine Arts. He must go to the British Library in order to read de Quincey’s essay, and here he finds the diary entries of the Golem killer. The library keeps a record of its readers, and it is shown that the only possible perpetrators of the crime seem to be George Gissing, Karl Marx, Dan Leno (a cross-dressing music hall star played by Douglas Booth) and John Cree, an unsuccessful playwright. It seems somewhat of a comical tangent to the film, but we are shown various scenarios of the supposed killings, with each of the four individuals committing the crime. Coupled with the witty and stylish humour produced by Nighy’s character, as well as the slapstick comedy of the Victorian music hall, it is also somewhat invigorating – in a weird way – to see Karl Marx shredding apart a victim.

The Limehouse Golem is half film, half pantomime. And the straddling between the two fields makes for exciting viewing, particularly the juxtaposition between the warm and inviting music hall, and the cold, unforgiving streets of the East End. No wonder the movie’s second protagonist, Elizabeth Cree (Olivia Cooke), is so drawn to the whole world – and the subsequent underworld – of music hall. With the characterisation of “Little Lizzie” (as they call her), the picture also seems refreshing in its feminist approach to what was (and many believe still is) a strictly patriarchal society. Juan Carlos Medina’s feature is a non-conventional Victorian thriller, which encapsulates the life of the era – with all its highs and particularly ghastly lows – in all its intensity and claustrophobic malaise, whilst at the same time producing some interesting red herrings to keep those “observers” on their toes.

The Limehouse Golem will be released nationwide on 1st September 2017.

Watch the trailer for The Limehouse Golem here: